Three-wheeler fares to come down

Operators have decided to reduce three-wheeler fares following yesterday’s decision by the government to increase the weekly fuel quota.

47
SHARES
6.6k
VIEWS
Share on FacebookShare on TwitterShare on Whatsapp

Unions have announced that the fare for the first kilometre will be reduced by Rs.20 once the fuel quote revision comes into effect.

Chairman of the All-Island Three-Wheeler Drivers’ Union Lalith Dharmasekara said they are prepared to reduce fares in a systematic manner.

However, the manner in which the fares will be reduced from the second kilometre onwards has not been announced thus far.

Although petrol prices were reduced on three occasions in the recent past, three-wheeler operators had refused to reduce fares.

They demanded the government to increase their fuel quota for a week.

At present, a registered three-wheeler receives five litres of petrol based on the national fuel pass system. 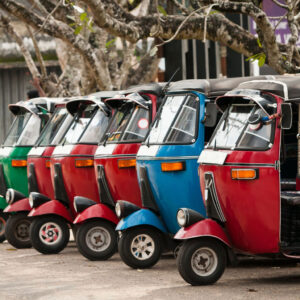 The programme will be enforced in stages for three-wheelers based on provinces.

The President’s Media Division said three-wheeler registrations will commence from the 1st of November from the Western Province.

The increased quota will come into effect from the 6th of November while the quota will be increased for three-wheelers in other provinces in stages in due course. 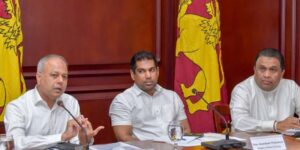 This was revealed during the discussion held between the President’s Senior Adviser on National Security and Chief of Staff to the President Sagala Ratnayake and the professional three-wheeler associations.

Accordingly, from the 6th of November, 10 litres of fuel per week will be issued to all three-wheeler passenger vehicles in the Western Province.

Provincial Governors and Provincial Road Transport Authority officials are also to be notified regarding this decision immediately.

World is in its ‘first truly global energy crisis’ -IEA

World is in its 'first truly global energy crisis' -IEA