The Queen has been laid to rest in the King George VI Memorial Chapel, alongside her husband Prince Philip.

42
SHARES
6.3k
VIEWS
Share on FacebookShare on TwitterShare on Whatsapp

(NewsRadio); The Queen has been buried beside her husband, Prince Philip, after a state funeral and a poignant chapel service – as the world bid a final farewell to Britain’s longest reigning monarch.

Elizabeth II was laid to rest at the King George VI Memorial Chapel, part of St George’s Chapel, in the grounds of Windsor Castle following a private burial on Monday evening.

It followed an emotional day for grieving members of the Royal Family, with tens of thousands of people lining the streets to catch a glimpse of the procession carrying the Queen’s coffin and millions more watching on television around the world. 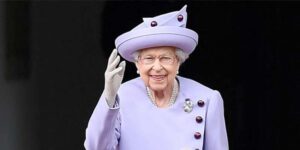 The King appeared close to tears during the funeral of his mother at Westminster Abbey, where world leaders – including US President Joe Biden, his French counterpart Emmanuel Macron and Prime Minister Liz Truss – were among the 2,000-strong congregation.

The Queen’s coffin left Westminster Hall on Monday morning, where the final members of the public had queued overnight to see the monarch lying in state, and was carried on a gun carriage to the abbey in a procession including the monarch’s children.

In a personal touch, the wreath adorning the Queen’s coffin had a handwritten note written by the King, which read: “In loving and devoted memory. Charles R.” 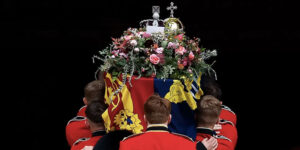 The wreath also included flowers requested by the King which were cut from the gardens of Buckingham Palace, Clarence House and Highgrove House.

George and Charlotte walk behind coffin

Inside Westminster Abbey, King Charles III and Camilla, the Queen Consort, walked immediately behind the coffin.

They were followed by the Princess Royal and her husband Vice Admiral Sir Timothy Laurence, the Duke of York, the Earl and Countess of Wessex, and the Prince and Princess of Wales.

Nine-year-old Prince George and Princess Charlotte, aged seven, accompanied their parents, followed by their uncle and aunt, the Duke and Duchess of Sussex. Before the service, the Princess of Wales could be seen holding Charlotte’s hand, and giving her a reassuring touch on the shoulder.

‘We will meet again’

Delivering the sermon, the Archbishop of Canterbury told mourners the “grief” felt around the world over the Queen’s death “arises from her abundant life and loving service”.

“She was joyful, present to so many, touching a multitude of lives,” the Most Rev Justin Welby said.

“Her late Majesty’s broadcast during the COVID lockdown ended with ‘We will meet again’, words of hope from a song of Vera Lynn.”

He added: “All who follow the Queen’s example, and inspiration of trust and faith in God, can with her say: ‘We will meet again’.”

The Dean of Windsor told members of the congregation they were at the venue where the Queen “was married and crowned… to remember her long life of selfless service”. State trumpeters from the Household Cavalry sounded the Last Post followed by a two-minute silence across the country, with the national anthem then sung by the congregation.

Tens of thousands of mourners lined the ceremonial procession route from the Abbey to Wellington Arch, passing Buckingham Palace where staff stood outside the gates and watched as the late monarch was taken past.

The Queen’s four children – the King, the Princess Royal, the Duke of York and Earl of Wessex – walked behind the coffin in the procession, followed by three of her grandsons, the Prince of Wales, the Duke of Sussex and Peter Phillips. 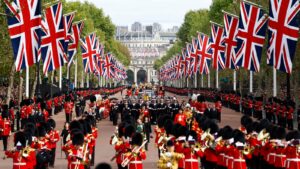 Flowers were thrown into the road by members of the public after the Queen’s coffin was transferred to the state hearse at Wellington Arch and then travelled to Windsor Castle.

Thousands of people gathered along the Long Walk leading to the landmark and broke out in applause as the procession carrying the coffin passed them. 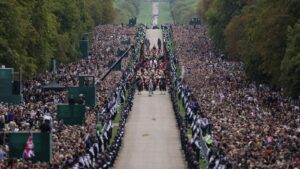 Around 800 mourners, including senior royals and members of the Queen’s Household and Windsor estate staff, attended a committal ceremony held at St George’s Chapel.

The King took the same seat where the Queen sat alone for the Duke of Edinburgh’s funeral during the COVID-19 pandemic.

Prior to the final hymn, the Imperial State Crown, the orb and the sceptre were removed from the Queen’s coffin, and placed on the altar. 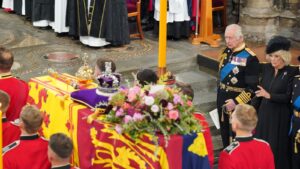 At the end of the final hymn, the King placed a flag – the Queen’s company camp colour of the Grenadier Guards – on the coffin.

The coffin was lowered into the Royal Vault, before the Queen’s piper played a lament as he walked away, in a symbolic gesture.

The Archbishop of Canterbury concluded the service with a blessing before the congregation sang the national anthem. 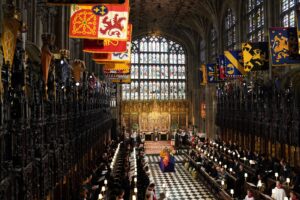 In a touching gesture before the service, the Queen’s faithful friends, her corgis Muick and Sandy, made an appearance in the quadrangle of Windsor Castle.

The Queen’s final resting place is in the King George VI memorial chapel, an annex to the main chapel where her mother and father were buried, along with the ashes of her sister, Princess Margaret.

The coffin of the Queen’s husband, Prince Philip, has been moved from the Royal Vault to the memorial chapel to join her. 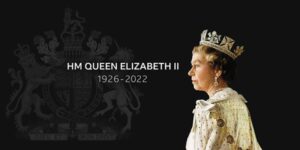 The earth scattered onto the Queen’s coffin was gathered from the royal mausoleum at Frogmore.

The Queen’s death on Thursday 8 September at the age of 96 brought an end to her 70-year reign and triggered a period of national mourning, which ends on Monday.

The Royal Family will remain in mourning for seven days after her funeral.

Parliament to re-open the public gallery from today

Parliament to re-open the public gallery from today

Three sluice gates of the Laxapana Reservoir have been opened following heavy showers in catchment areas from yesterday.