The Second Round or the Super 12 stage of the 2022 Twenty20 World Cup will get underway today in Australia.

36
SHARES
5.7k
VIEWS
Share on FacebookShare on TwitterShare on Whatsapp

SYDNEY (NewsRadio); The Second Round or the Super 12 stage of the 2022 Twenty20 World Cup will get underway today in Australia.

The top 12 teams will battle it out to progress to the Semi-Finals of the World Cup from today.

Hosts Australia is scheduled to take on New Zealand to kick-off the Super 12 stage in Sydney today.

The Group 1 encounter is scheduled to get underway at 12.30pm Sri Lanka time.

Sri Lanka who secured a place in the Super 12s after the qualifying round is also in Group 1 along with Australia, New Zealand England, Afghanistan and Ireland.

As predicted by NewsRadio, Sri Lanka qualified as the group winners albeit it after the opening day loss to minnows Namibia. 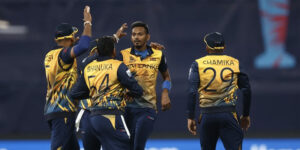 Sri Lanka is struggling with injuries and will be cautious once again ahead of tomorrow’s game against Ireland.

Sri Lanka has lost three players from the original touring party due to injuries.

Pacer Dushmantha Chameera (calf), Dilshan Madushanka (quad) and Danushka Gunathilaka (hamstring) have all been sidelined from the World Cup.

NewsRadio has learnt that at least two other players are nursing injuries.

Sri Lanka’s first Super 12 round game is in Hobart tomorrow.

Sri Lanka is scheduled to take on Ireland at 9.30am Sri Lanka time. 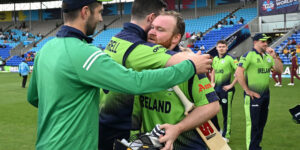 Meanwhile, in today’s second game, England will take on Afghanistan in Perth.

The game is scheduled to begin at 4.30pm.