0
SHARES
220
VIEWS
Share on FacebookShare on TwitterShare on Whatsapp

Parliamentarian Sudarshini Fernandopulle has issued a clarification pertaining to reports of her joining hands with the Samagi Jana Alliance today (14).

The MP taking to her Facebook page said, she resigned as a State Minister in April 2022 and decided to stand independent in Parliament after considering the hardships the public was faced with.

MP Fernandopulle said she has always acted true to her conscience, and as a public representative, has not hesitated to support people friendly proposals tabled by the government and reject proposals that she deems harmful to the public.

The Parliamentarian said today (14) she met with the Leader of the Opposition and the opposition to discuss the common objectives that must be fulfilled towards the public as an opposition at a time that the 2023 Budget was being tabled while a consensus was reached to fulfil such tasks as an opposition in Parliament.

However, the MP assured that she did not join hands with an alliance and stated that reports of her joining the Samagi Jana Alliance deceive the public. 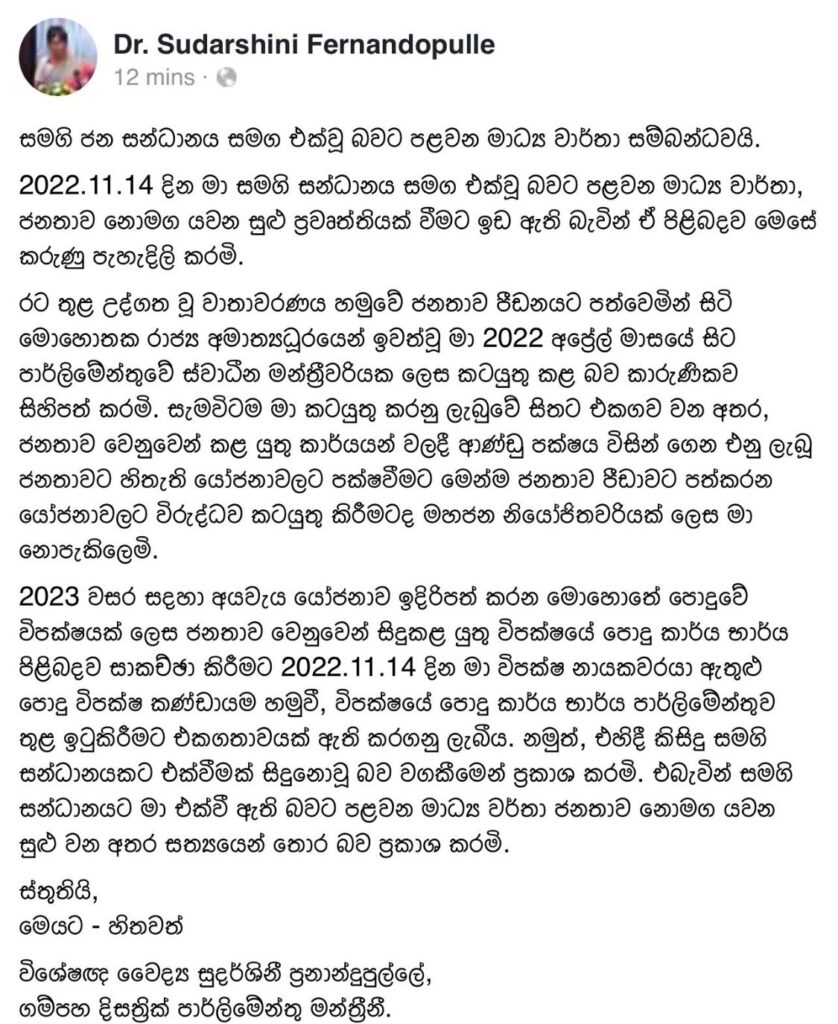