Sri Lanka Cricket releases the squads for the 2022 LPL

0
SHARES
15
VIEWS
Share on FacebookShare on TwitterShare on Whatsapp

Sri Lanka Cricket has released the squads of the upcoming 2022 Lanka Premier League.

The LPL tournament will be worked off from the 6th to the 23rd of December.

The upcoming edition of the tournament will see the participation of a number of star international cricketers such as Evin Lewis, Carlos Brathwaite, Janneman Malan, Dwaine Pretorius, D’Arcy Short, and Shoaib Malik.

Jaffna Kings and Galle Gladiators will play the first match of the third edition of LPL in Hambantota.

The LPL is a five-team competition that has been held since 2020.

Jaffna Kings, formerly the Stallions, were the champions in the two previous seasons while the Galle Gladiators were runners-up in both editions.

The other three teams are Colombo Stars, Kandy Falcons and Dambulla Aura – all three of whom have also gone through changes in ownership since the inaugural edition.

The third season of the LPL was initially slated to be held in August, yet the economic crisis engulfing the country forced a postponement. 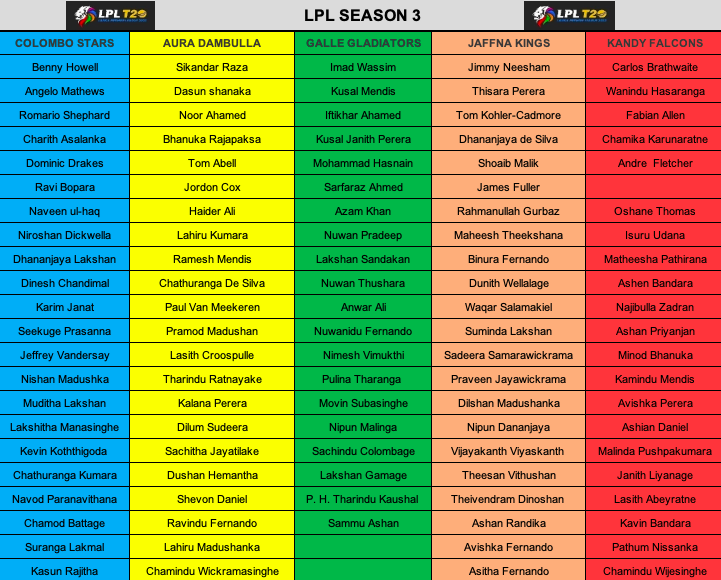