by Tamara Rebeira
in SPORTS
0

0
SHARES
20
VIEWS
Share on FacebookShare on TwitterShare on Whatsapp

Raj released a statement on social media today, saying: “Like all journeys, this one too must come to an end. Today is the day I retire from all forms of international cricket. I feel now is the perfect time to call curtains on my playing career as the team is in capable hands of some very talented young players and the future of Indian cricket is bright.”

She also finishes as the No.7-ranked batter in the MRF Tyres ICC Women’s ODI Player Rankings. 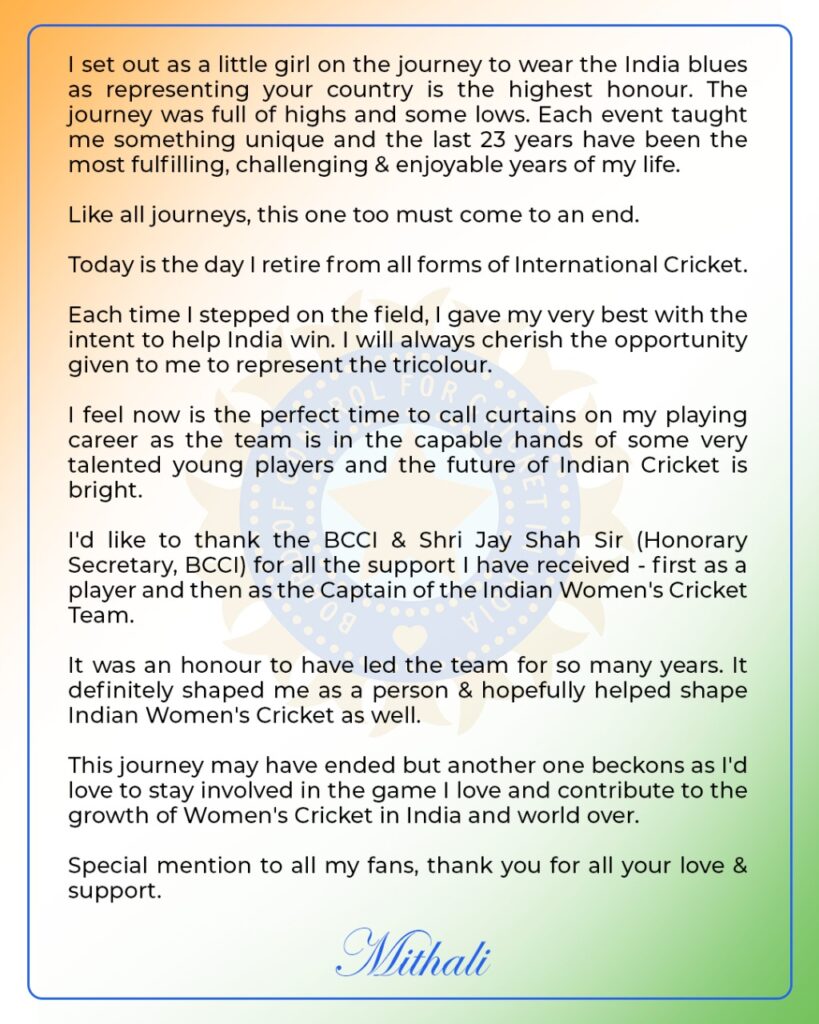 ‘What do you do that I don’t do?’-Lyon to Herath

A cabinet paper will be presented to the Cabinet today seeking permission to grant an opportunity to foreign companies to...