Shortlist for T20 World Cup 2022 Player of the Tournament

0
SHARES
9
VIEWS
Share on FacebookShare on TwitterShare on Whatsapp

The 9-member shortlist for the Player of the Tournament for the ongoing ICC Men’s T20 World Cup 2022 has now been revealed, with the fans getting the chance to vote for the winner.

The T20 World Cup in Australia has seen some stellar performances from players and teams alike, with many contests going down to the wire. After a roller-coaster ride, we finally have the two finalists, with Pakistan and England reaching the grand finale which will be played on November 13 at the Melbourne Cricket Ground.

Nine exceptional performers have been nominated for the Player of the Tournament shortlist, with all of them impressing and winning matches for their sides. Players from England and Pakistan dominate the shortlist, with three nominees from the Three Lions while two make the cut from the Men in Green.

Two players from India and one each from Zimbabwe and Sri Lanka also make the list of nominees, with the fans getting the chance to vote and decide the winner.

Here we take a look at a list of the 9 nominees and revisit their performances in the tournament so far, to help you decide upon the eventual winner. 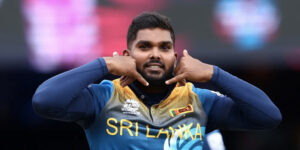 The ace spinner was again Sri Lanka’s talisman with the ball in the tournament, providing them with some vital breakthroughs in the middle overs. Hasaranga is the current leading wicket-taker in the tournament, with 15 wickets in eight matches.

His wickets came at a stunning average of 13.26 and a tidy economy of 6.41, with best figures of 3/8. Hasaranga has a brilliant chance of now ending up as the leading wicket-taker in back-to-back editions of the tournament, after his 16 wickets in the 2021 edition in UAE and Oman. 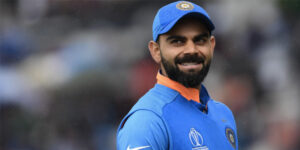 The Indian batting stalwart played a key role in his side making it to the semis. 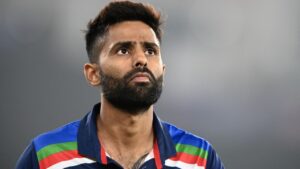 Suryakumar Yadav was perhaps the most impactful batter in the tournament for India, playing some brilliant knocks with some of the most audacious shots you would have ever seen.

Yadav scored 239 runs in six matches, with his runs coming at a sensational strike rate of 189.68. He also scored three half-centuries, which came against Netherlands, South Africa and Zimbabwe.

With his exploits in Australia, Yadav truly announced his arrival on the big stage, while also becoming the No.1 ranked batter in the world in the MRF Tyres ICC Men’s T20I Player Rankings. 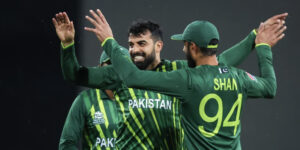 Shadab Khan has been one of Pakistan’s star performers in their run to the final of the tournament, starring with both bat and ball. He has been an impactful performer, picking up vital wickets in the middle overs while also playing the role of power-hitter in the middle order brilliantly.

Shadab’s major contribution with the bat came during Pakistan’s must-win contest against South Africa in Sydney, as he scored a blistering half-century. With the ball, he has picked 10 wickets in six matches, with best figures of 3/22 and a miserly economy of 6.59. 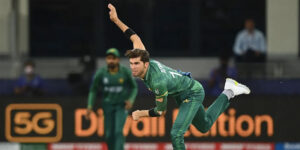 Shaheen Afridi returned a brilliant 4/22 to help Pakistan seal their semifinal spot with a five-wicket victory against Bangladesh.

Shaheen Afridi has slowly but surely regained his groove in the tournament, being back to his best in the last couple of games. The pacer went wicketless in his first two games but has then gone on to scalp 10 in the next four matches, as Pakistan roared their way back from the brink to reach the finals.

Overall, he has 10 wickets in six matches at an average of 14.20 and an exceptional economy of 6.17. Pakistan will again bank on him to work his magic in the final against England. 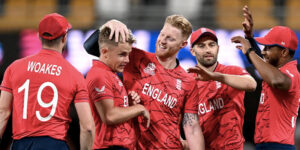 Sam Curran has been England’s death bowling expert in their run to the finals. He has bowled exceptionally in the tough overs, be it the Powerplay or right at the very end where the batters are looking to tee off.

In five matches, Curran has picked up 10 wickets at 13.60 and an economy of 7.28, including a five-wicket haul against Afghanistan. He will again play a key role in the final if England are to lift the coveted trophy. 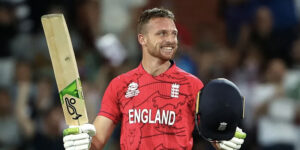 The England skipper has led from the front in the tournament, getting his sides off to some roaring starts. His partnership with Alex Hales has flourished and the pair put India to the swords in the semi-final in Adelaide.

His captaincy has also been brilliant and so has been his keeping behind the stumps. Overall with the bat, Buttler has made 199 runs in five matches at a healthy strike rate of 143.16, with two half-centuries. He has also eight dismissals from behind the stumps. 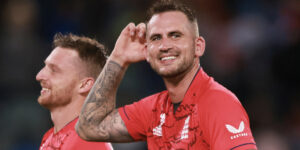 Alex Hales was adjudged the Player of the Match after his brilliant 47-ball 86* helped England secure a place in the ICC Men’s T20 World Cup 2022 final.

Returning to the England side after Jonny Bairstow’s injury prior to the start of the tournament, Alex Hales has certainly made his presence felt. He is England leading run-scorer, with 211 runs in five matches at a strike rate of 148.59 and two half-centuries.

He played one of the knocks of the tournament in the semi-final against India, scoring a brilliant unbeaten 86. England will hope that his brilliant touch with the bat continues in the final against Pakistan. 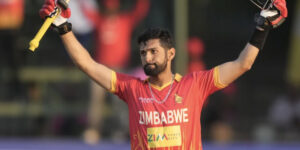 Zimbabwe’s talisman continued his amazing run in the shortest format in 2022 during the tournament. He played some vital knocks with the bat, while chipping in with some handy overs with the ball.

He scored 219 runs in eight matches, with one half-century to his name. Raza also proved to be the game-changer with the ball in the famous victory against Pakistan in Perth, with figures of 3/25. Overall, he picked up 10 wickets in the tournament.

Tax on ethanol and toddy revised

Ruturaj Gaikwad hits seven sixes in one over

Tax on ethanol and toddy revised