Scheduled daily power cuts will be reduced to two hours from today.

28
SHARES
3.2k
VIEWS
Share on FacebookShare on TwitterShare on Whatsapp

The Public Utilities Commission yesterday announced that it has reduced the power cut duration to two hours from today (24) owing to the conduct of the 2022 GCE Advanced Level Examination.

Accordingly, the Public Utilities Commission of Sri Lanka has announced that it has approved 40-minute power cuts during the day and one-hour-and-20-minute power disruption at night for groups A to L and P to W.

Chairman of the PUCSL Janaka Ratnayake issuing a statement said power cuts will not be enforced during examination hours.

Ratnayake said power cuts are being enforced as the Ceylon Electricity Board failed to implement the recommendations the PUCSL tabled to minimise power disruption during the A/Level Exam period.

The PUCSL added that it has launched a programme to manage the demand for electricity and ensure a continuous supply until the 17th of February.

According to this programme, the PUCSL hopes to save 350MW between 6pm and 10pm daily.

Ratnayake therefore requested the public, state institutions and the private sector to use electricity sparingly.

The PUCSL urged the public to minimise power usage by 50 percent between 6pm and 9pm at homes and requested private institutions to minimise usage between 6pm and 10pm, including by switching off lit-up billboards, name boards and lights inside buildings. 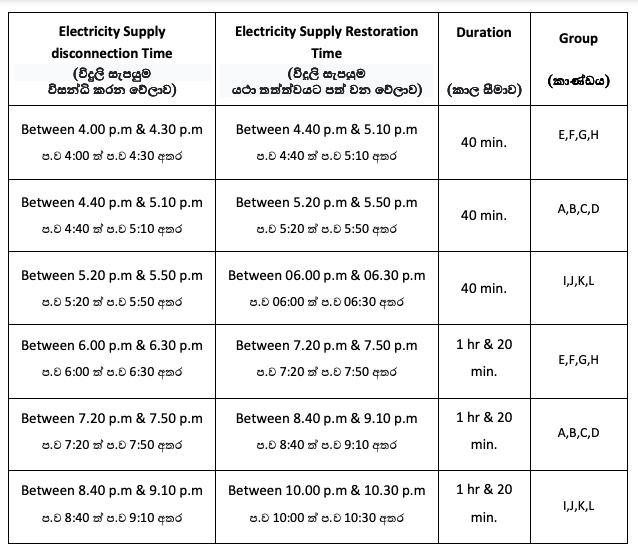 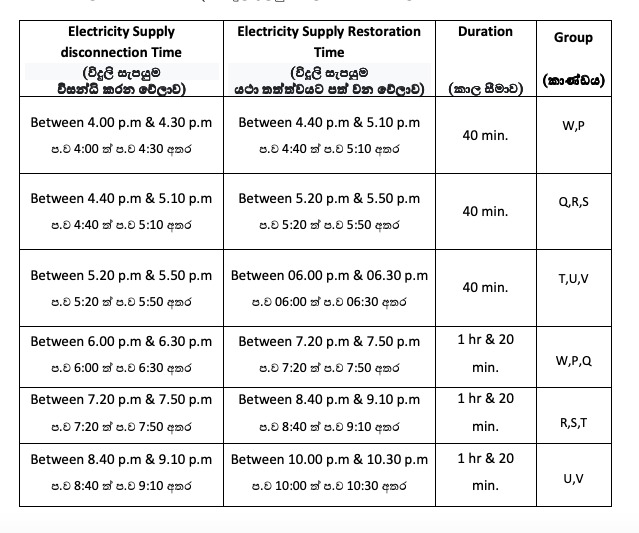 India, Pakistan cricket boards to face off over ACC dispute in February meeting

LG Election: Voting between 7am and 4pm on March 9

India, Pakistan cricket boards to face off over ACC dispute in February meeting