World prepares for grandest of farewells for Queen Elizabeth II

The funeral of Queen Elizabeth II is set to commence today.

54
SHARES
7.3k
VIEWS
Share on FacebookShare on TwitterShare on Whatsapp

(NewsRadio); The funeral of Queen Elizabeth II is set to commence today.

The event will be attended by more than 2000 official guests, including many heads of state from around the world.

President Ranil Wickremesinghe who paid his last respects to Her Majesty Queen Elizabeth at the Westminster Hall at London’s Palace of Westminster last evening will also attend the state funeral today.

The eyes of the commonwealth will be fixed on a historic moment as the longest-serving monarch in British history is laid to rest.

A kingdom united in grief will mourn the loss of their revered Queen today.

Pomp and pageantry will be on display as tens of thousands line the streets of the British capital and hundreds of millions tune in for the state funeral of Elizabeth II.

Today’s ceremonial events are the culmination of nearly two weeks of public arrangements, codenamed “Operation London Bridge,” honoring Elizabeth’s remarkable life — from a young princess who was not born to be Queen, to a sovereign who redefined the role and won almost universal admiration.

Following the Queen’s death at Balmoral on the 8th of September, her coffin was flown back from Scotland and moved to London’s Westminster Hall in a somber procession. 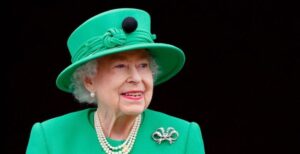 She will lie in state at Westminster Hall until this morning.

Crowds of mourners continue to flood the capital in the hopes of witnessing the coffin — draped in the Royal Standard and carrying the Instruments of State — one last time before the Queen makes the journey to her final resting place within St. George’s Chapel in Windsor.

What time will the funeral start?

The Queen’s funeral will take place at Westminster Abbey at 11am BST – 3.30pm Sri Lanka time.

How long will the service be?

Everything will start at about 3.15pm Sri Lanka time. 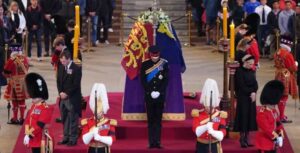 That will be followed by King and the rest of the Royals.

The service will only last for about an hour.

We’ll have the sermon, the prayers and the Last Post will be played.

There will then be about two minutes of silence observed across the UK at midday (4.30pm Sri Lanka time).

Where will the funeral be held?
The funeral service itself will be held at Westminster Abbey, the historic church where Britain’s kings and queens are traditionally crowned.

Elizabeth was crowned there in 1953, and it was also there that she married Prince Philip in 1947.

Who will be attending?

Westminster Abbey can hold about 2000 people.

The event will be attended by the Queen’s children, grandchildren and spouses of close family. Her cousins the Duke of Kent, Prince and Princess Michael of Kent, Princess Alexandra and Prince Richard, Duke of Gloucester, are also expected to attend, as are her close staff. 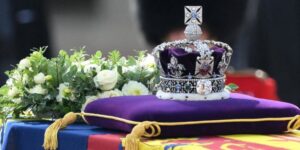 The guest list also includes foreign royals and political leaders from across the world.

Holders of the Victoria and George Cross are also invited.

President Ranil Wickremesinghe who paid his last respects to Her Majesty Queen Elizabeth at the Westminster Hall at London’s Palace of Westminster last evening will also attend the state funeral today.

What are Sri Lanka’s preparations to remember the Queen?

Sri Lanka will also mourn the death of Her Majesty Queen Elizabeth II who was the country’s Head of State between 1952 and 1972.

The government has declared today, a Day of Mourning and granted a special holiday for all government institutions, in view of the funeral of Her Majesty Queen Elizabeth II. 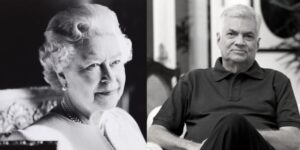 Meanwhile, President Ranil Wickremesinghe issued directives to the Ministry of Public Administration and Home Affairs to declare today a day of mourning in view of the passing away of Her Majesty Queen Elizabeth II while the national flag will also be flown at half-mast.

Where will the Queen be buried?

Following the service, the Queen’s coffin will be drawn in a walking procession from Westminster to Wellington Arch, at Hyde Park Corner in London, before travelling to Windsor via a hearse.

King Charles and other senior royals are expected to join the procession at the Quadrangle in Windsor Castle before the Queen’s final journey ends at St George’s Chapel. 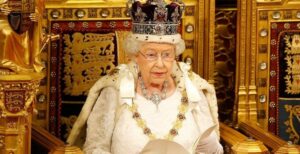 At a committal service there, the casket will be lowered into the Royal Vault and interred in the King George VI memorial chapel inside St George’s Chapel.

The Queen will be laid to rest alongside her mother and her husband Prince Philip, who are also buried in the memorial chapel.

Four killed, dozens missing due to an avalanche in Indian Himalayas

Asian Winter Games to be held in Saudi Arabia in 2029