President Ranil Wickremesinghe has returned to the country, concluding his visit to the UK.

42
SHARES
6.3k
VIEWS
Share on FacebookShare on TwitterShare on Whatsapp

COLOMBO (NewsRadio); President Ranil Wickremesinghe has returned to the country, concluding his visit to the UK.

President Wickremesinghe and the Sri Lankans delegation arrived at the Katunayake International Airport at around 8.23am.
Security was also beefed up at the BIA this morning owing to the arrival of the President.

President Wickremesinghe left for the United Kingdom on Saturday to attend the state funeral of Her Majesty Queen Elizabeth II in London.

During the visit, President Wickremesinghe attended the State Funeral of HM Queen Elizabeth II in London. 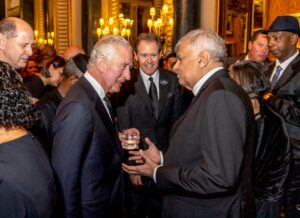 The President meanwhile, held discussions with the Secretary General of the Commonwealth Baroness Patricia Scotland, met with the Sri Lankan Diaspora and also attended a meeting with the business community. 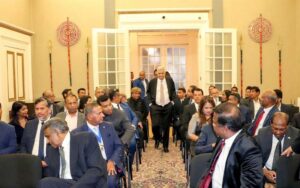 This was the first foreign visit of Ranil Wickremesinghe after assuming duties as the Eighth Executive President of Sri Lanka.

Another strong opposition alliance on the cards?

Advance payment made for a second coal cargo-Kanchana

The Public Utilities Commission of Sri Lanka has updated the power cut schedule for the weekend, 1st and 2nd October.

Advance payment made for a second coal cargo-Kanchana