After enthralling 28 days of action, Pakistan will take on reigning ODI World Champions England in the final of the 2022 Twenty20 World Cup at the MCG in Melbourne this afternoon.

68
SHARES
7.6k
VIEWS
Share on FacebookShare on TwitterShare on Whatsapp

MELBOURNE (NewsRadio); After enthralling 28 days of action, Pakistan will take on reigning ODI World Champions England in the final of the 2022 Twenty20 World Cup at the MCG in Melbourne this afternoon.

The T20 World Cup final is scheduled to get underway at 1.30pm Sri Lanka time, if weather permits.

England and Pakistan followed pretty much the same trajectory on their way to the final. Both teams had little chance of securing a semi-final berth at one point, yet they went on a rampage towards the business end of the Super 12, and made it to the knockouts by finishing second in their respective groups. That wasn’t the end to their similarities, though, as both sides registered comprehensive victories in the semi-finals to book their place in the final. 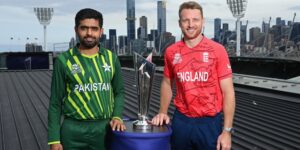 Although their paths leading to this finale have been pretty similar, it would be a mistake to think that they have followed and executed the same plans to chart their course. In fact, these are two teams with very different strengths and playing styles, and it’s the contrast between them that will be exciting to watch in this highly anticipated final.

It’s going to be a battle between England’s batting line-up and Pakistan’s bowling attack. Jos Buttler’s men bat with a fearless approach, and why shouldn’t they? They have players capable of wielding the willow right down to number 11.

Pakistan, on the other hand, depend on their dangerous bowling attack to dominate. They have bowlers capable of killing the game with the new ball, spinners capable of drying runs up in the middle overs and specialists capable of applying the choke in the death overs. In fact, their economy rate of 6.74 has been the best among all teams in this World Cup.

But the two teams have also responded really well in areas that were considered as their weaker suits.
England’s bowling attack, which wasn’t rated as highly as other teams, has stepped up really well to support their never-ending batting arsenal. Sam Curran has been a revelation with the ball, whereas Mark Wood has also proved that he is a world-class pacer.

Adil Rashid hasn’t dominated the wicket-taking columns but he has done just enough for England, operating at a mean economy rate of 6.25 in this tournament. Even their fifth and sixth bowling options have stepped up, with Ben Stokes claiming five wickets at 15.80 runs apiece and Liam Livingstone picking up three wickets while operating at 7.27 runs per over.

Pakistan’s batting line-up, which was thought to be too dependent on Babar Azam and Mohammad Rizwan, has also delivered in crunch situations, whenever their star batters have failed. All of Iftikhar Ahmed, Shadab Khan and Shan Masood have played crucial knocks at some point in the tournament, whenever their top-order hasn’t been able to deliver. Even the 22-year-old Mohammad Haris has added a new dimension to Pakistan’s batting line-up with his attacking approach.

Overall, everything has worked out quite well for the two sides after a difficult start. But their fate in this contest will depend on what they do with their strengths once again. Is England going to bat Pakistan out of the contest, just like they did against India in the semi-final? Will Pakistan’s bowling firepower turn out to be too hot to handle for England’s batting unit? Whichever way this goes, it’s going to be a riveting contest to watch. 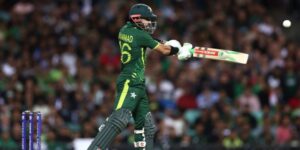 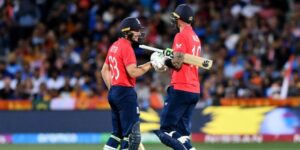 Over 3,000 affected due to bad weather

Iranian who made Paris airport home for 18 years dies

Iranian who made Paris airport home for 18 years dies