0
SHARES
10
VIEWS
Share on FacebookShare on TwitterShare on Whatsapp

The Offshore Patrol Vessel P 627 has been commissioned by President Ranil Wickremesinghe at the Colombo Port this evening.

The Offshore Patrol Vessel is the most recent addition to the Sri Lanka Navy fleet.

The vessel was acquired from the United States.

The vessel was accordingly commissioned as ‘Vijayabahu’ under the patronage of the President.

The Offshore Patrol Vessel P 627 arrived in Sri Lanka on the 2nd of November 2022.

The ship began her home-bound journey from the Port of Seattle on 03rd September 2022 and arrived in Colombo after about 10656 nautical miles (19734 km) of sea passage. 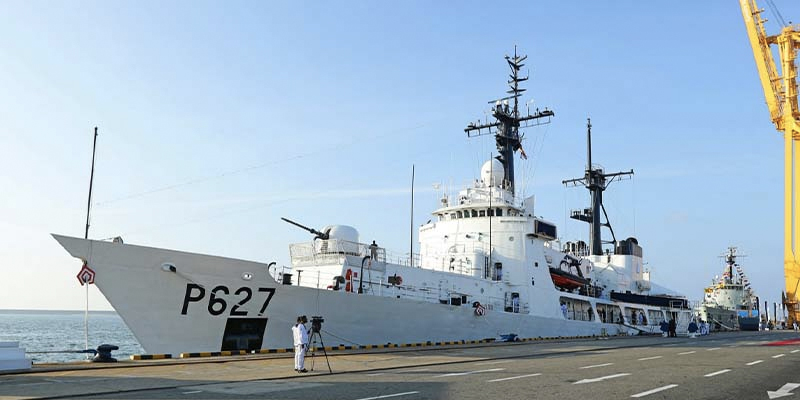 Aiming to strengthen and develop partnerships to overcome common challenges in the maritime domain, U.S. Coast Guard has previously provided two ships – SLNS ‘Samudura’ (P 621) in 2005 and SLNS ‘Gajabahu’( P 626) in 2018 to SLN and they are playing a prominent role, keeping the island waters safe and secure. As an extension of partnership ties that bring value to each other’s service, Ex-USCGC Douglas Munro was transferred as the third ship to be handed to SLN.

Many killed in Indonesian earthquake identified as children

Qatar 2022: Argentina qualify for the last 16 after Poland win

Qatar 2022: Mexico knocked out despite win over Saudi Arabia

Many killed in Indonesian earthquake identified as children