Two-week work from home for public sector from Monday

0
SHARES
110
VIEWS
Share on FacebookShare on TwitterShare on Whatsapp

A circular has been issued announcing a two-week, work-from-home period for public sector workers from Monday, the 20th of June.

The circular in this regard was issued by the Ministry of Public Administration.

The decision was reached owing to the shortage of fuel in the country and the difficulties in operating public and private transportation as a result.

The circular states that public sector operations must function without any disruptions, while minimal staff essential for operations only to be summoned.

The circular will not however apply for essential services.

Accordingly, it has been decided to restrict the number of state sector workers being summoned into offices for a period of two weeks, in addition to the Friday holiday.

Heads of relevant institutions have been allowed to determine the number of staff required to ensure operations and to summon only the minimum staff required.

Meanwhile, the circular stated that the minimum number of employees, should be summoned on a roster basis.

Accordingly, if an individual fails to report to work based on the roster system, it should be considered as personal leave on the given dates.

The circular also claims that all employees must report to work through the online systems that are in place while individuals reporting to work have been informed to use minimal resources especially when travelling and to resort to public transport.

The circular cites that officers from one area should be summoned to government offices, while necessary steps should be taken in consultation with the heads of government institutions to organise buses of the Sri Lanka Transport Board for such groups.

Meanwhile, the Judicial Service Commission will issue directives to be followed pertaining to summoning officers linked to the judicial sector. 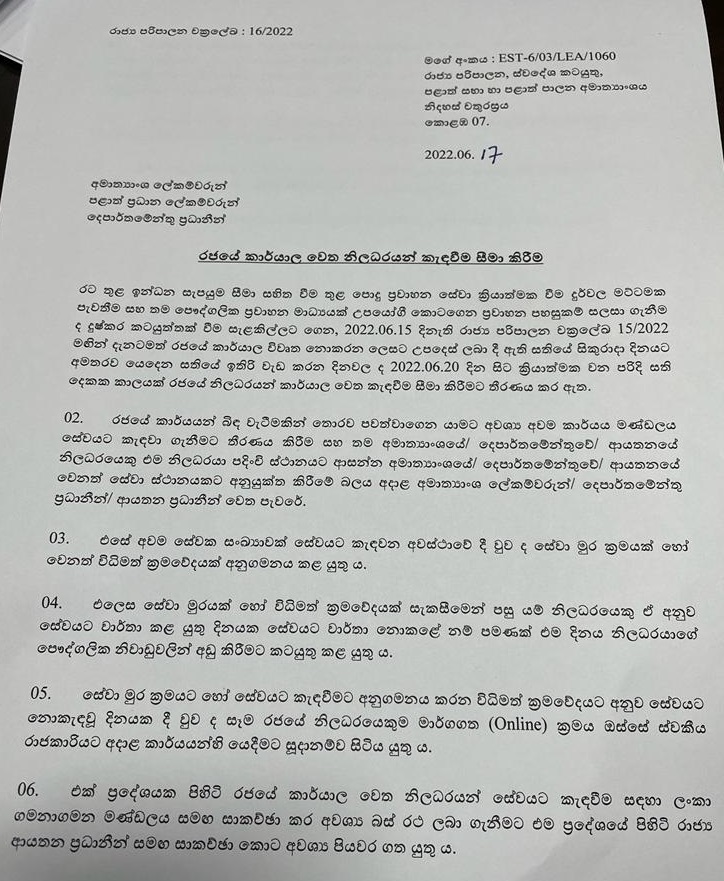 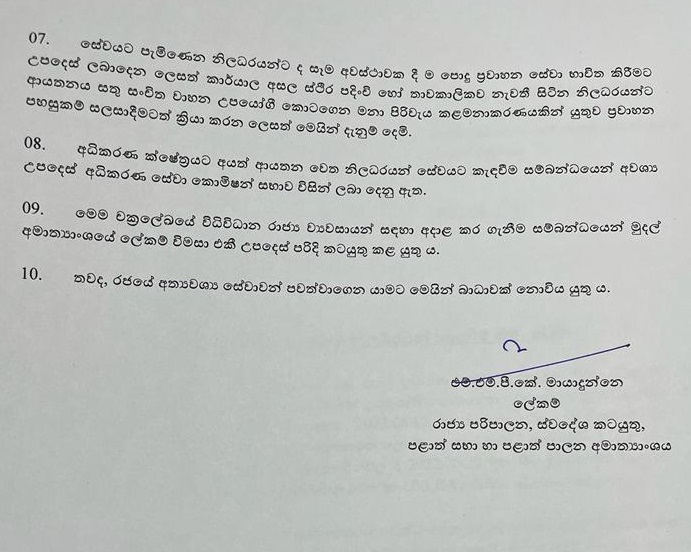 Executive Presidency should remain in place-Roshan

Executive Presidency should remain in place-Roshan