The worst is yet to come-former PM Ranil Wickremesinghe

Leader of the United National Party former Prime Minister Ranil Wickremesinghe says the public is observing the actions of the Parliament.

Former Prime Minister Wickremesinghe said the Parliament cannot be protected by security forces adding it can only be protected through the actions of its members.

The former Premier said the opposition will not disregard their responsibilities considering the prevailing situation in the country.

The former Prime Minister conveyed his regret over four Ministers of the newly sworn in Cabinet of Ministers not being present during the Parliament session and questioned if more Ministers will be absent in the future.

The former Premier called on the Ministers to be present during Parliament proceedings and provide responses to questions raised by the opposition.

Commenting on the prevailing economic crisis, Former Prime Minister Wickremesinghe warned that the worst is yet to come.

The former Premier said irrespective of the International Monetary Fund report being tabled in Parliament, the House must reach a decision on how it will act.

The former Prime Minister requested for the prompt re-enactment of the 19th Amendment to the Constitution, restricting the Central Bank of Sri Lanka from printing money without prior approval from the Parliament, empowering committees such as CoPE, CoPA and CoPF to extend oversight over the accounts and expenditure and establishing a Budget Office within the Parliament.

The former Premier all members of the House must praise the demands of the youth adding the youth have right to present proposals and recommendations since it concerns their futures.

The former Prime Minister said politicians alone cannot seek solutions to the prevailing issues adding solutions can only be sought through listening to the public. 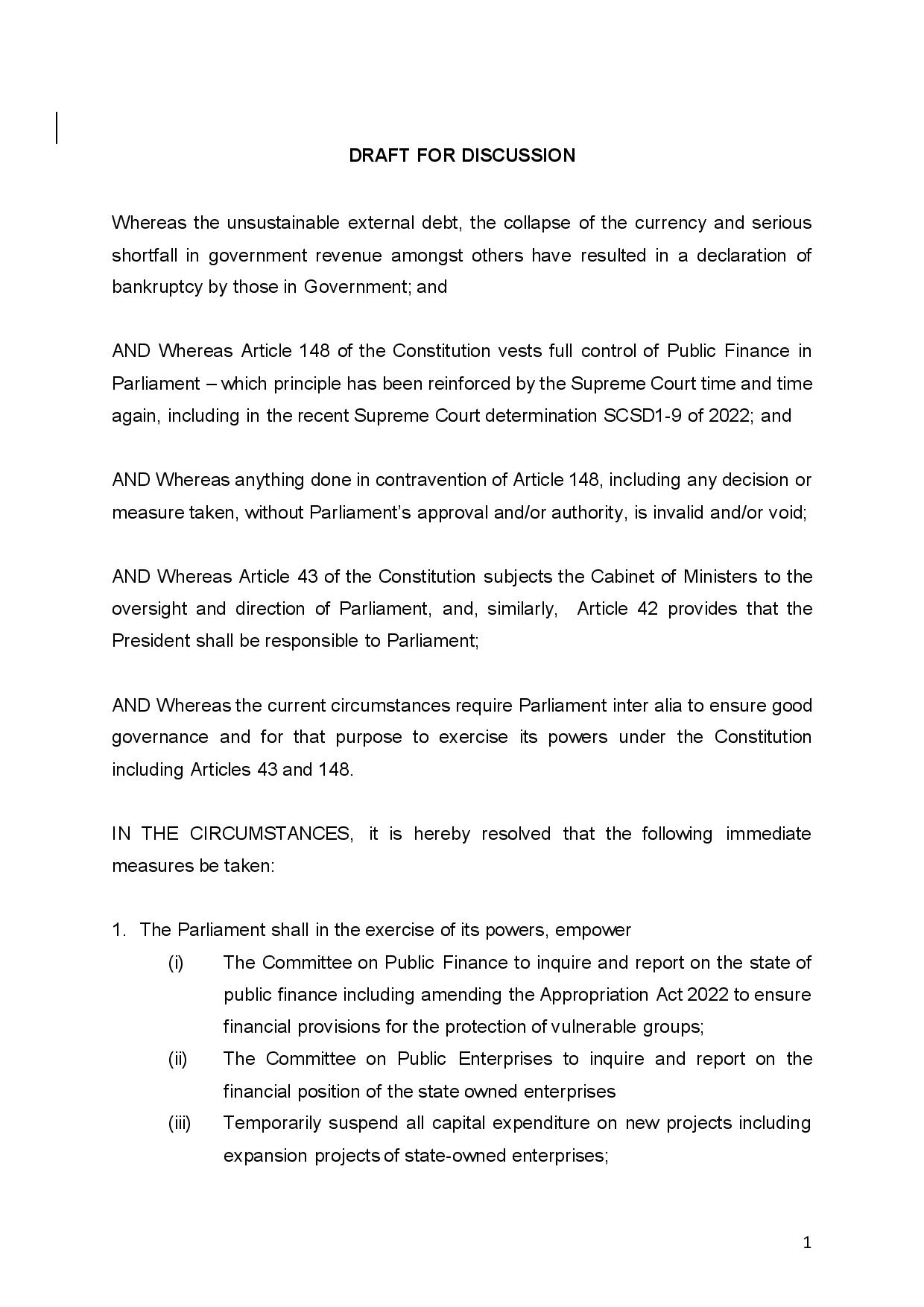 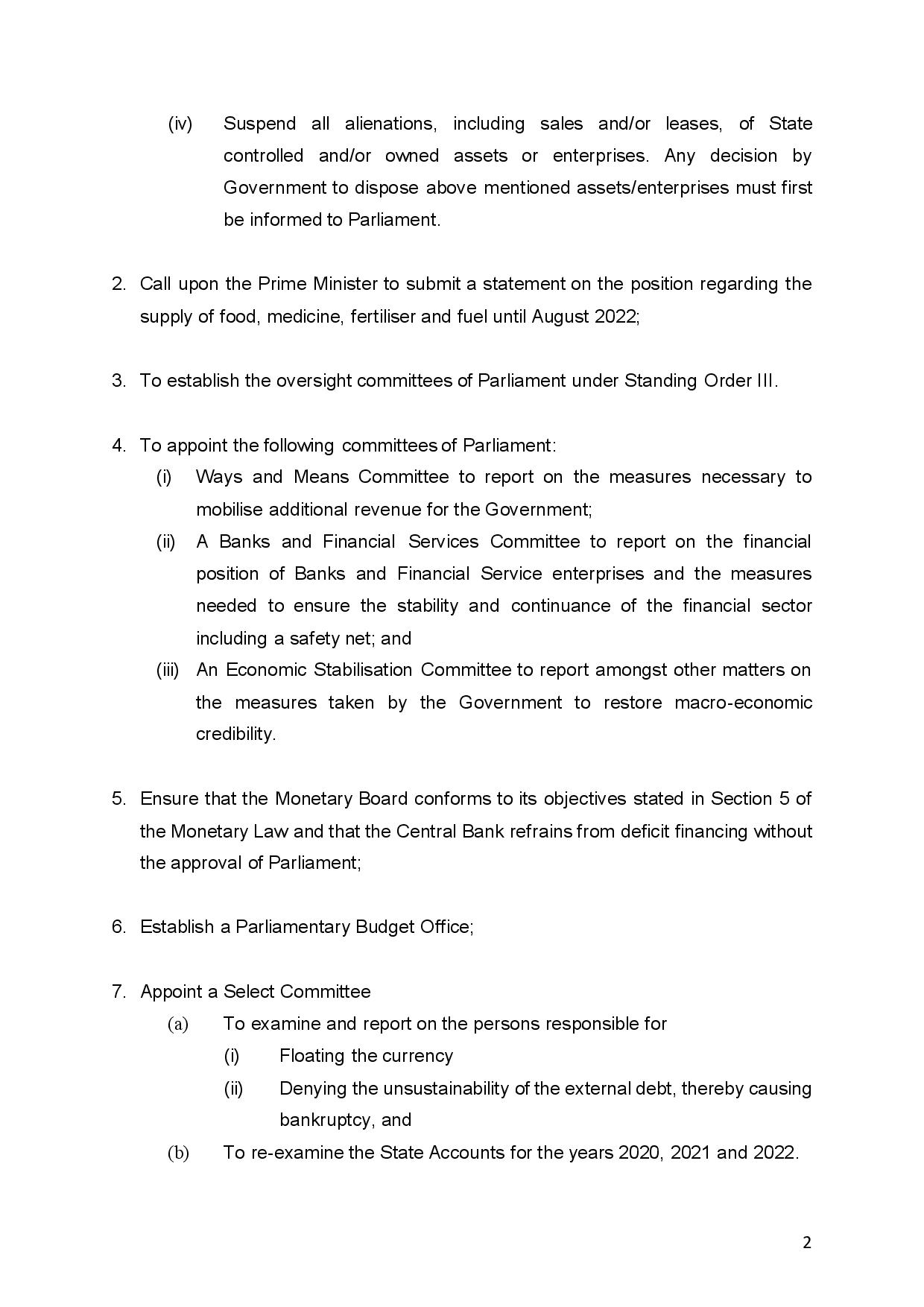 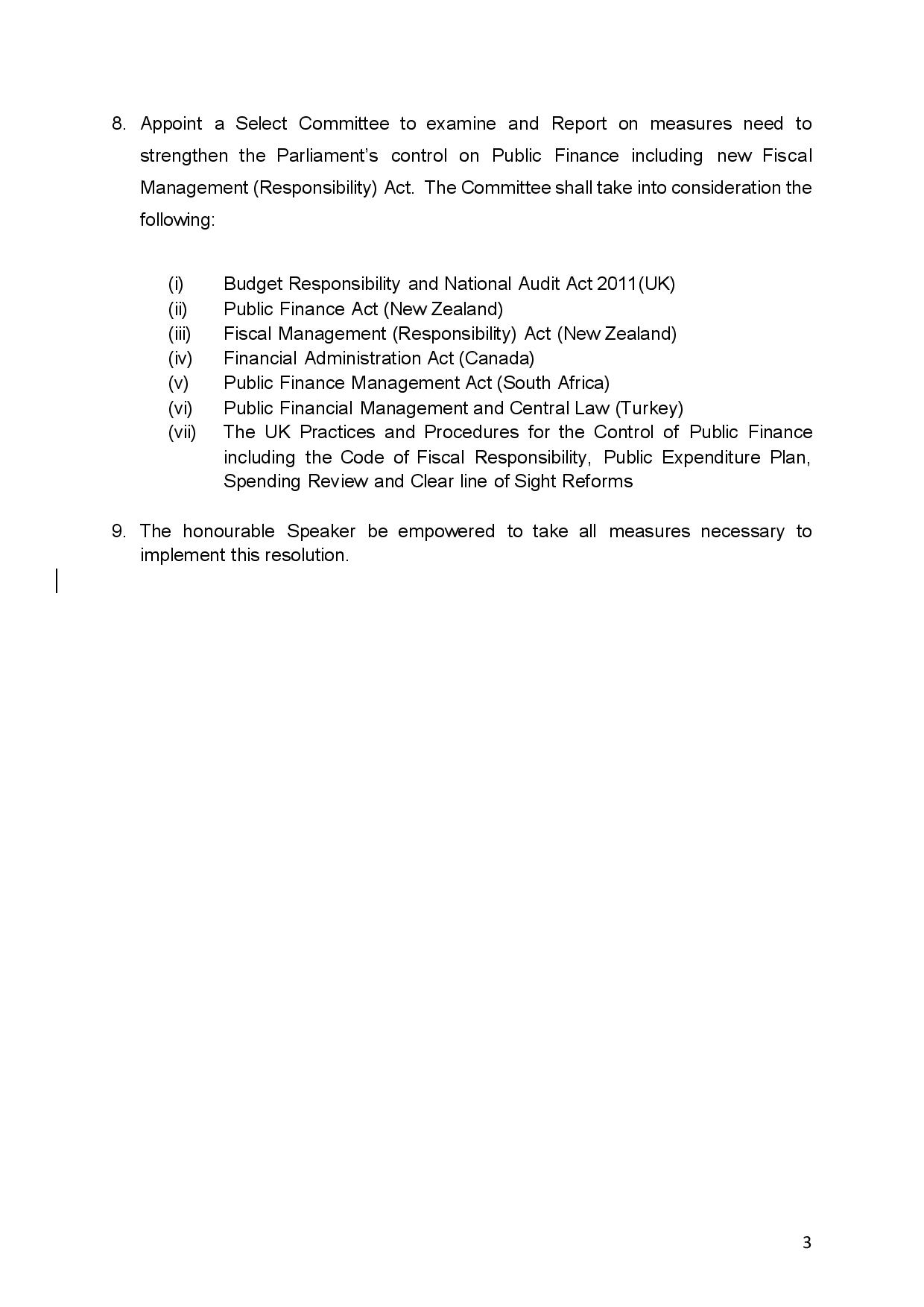 SLFP and independent MPs sit in the Opposition

JVP Leader to meet IGP over claims of inciting violence

JVP Leader to meet IGP over claims of inciting violence

Leader of the JVP Parliamentarian Anura Kumara Dissanayake says he expects to meet the Inspector General of Police at 9.30...