The experiment was conducted in Kandalama, Dambulla this morning, by students from 17 state and private universities.

Speaking to media, Director of the Department of Physics and Astronomy and Space Science Unit of the University of Colombo, Prof. Chandana Jayaratne said the country should rejoice as it is the first time in the country’s history that such an experiment was conducted by university students.

Prof. Jayaratne said this is a time to collectively display the talents of youth rather than be divided as a country or race.

He said satellite technology is essential for all processes in the world adding this satellite was built locally.

Prof. Jayaratne said similar collective efforts are needed at this time adding it will have a huge impact on the future.

He said students possessing the knowledge to build and launch satellites will have a positive impact on all other industries and prices, due to the country having developed technologies.

Prof. Jayaratne said students will be able to perfect the process and launch improved versions of satellites within five years. 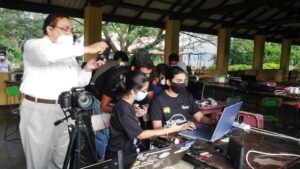 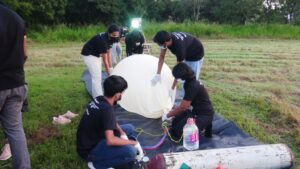 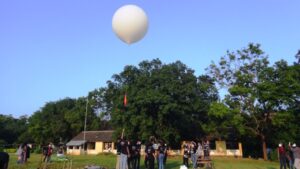 Archbishop Desmond Tutu has died at the age of 90

Probe allegations made after Scholarship Exam-Stalin

Power cuts from tomorrow due to furnace oil stocks depleting

Archbishop Desmond Tutu has died at the age of 90

The number of COVID-19 recoveries recorded in the country has increased to 576,114.

Probe allegations made after Scholarship Exam-Stalin

Power cuts from tomorrow due to furnace oil stocks depleting