The term of the Presidential Commission of Inquiry for Appraisal of the Findings of Previous Commissions and Committees on Human Rights and the Way Forward, has been extended.

The extension was announced by President Gotabaya Rajapaksa till the 21st of September 2022.

The Gazette Notification in this regard was issued by the President.

The Gazette stated that the term of the Commission was extended in order for the final report to be completed on tasks assigned to the Presidential Commission of Inquiry.

The first report of the Commission was submitted to the President on July 21, 2021 while the second report was submitted on the 18th of February. 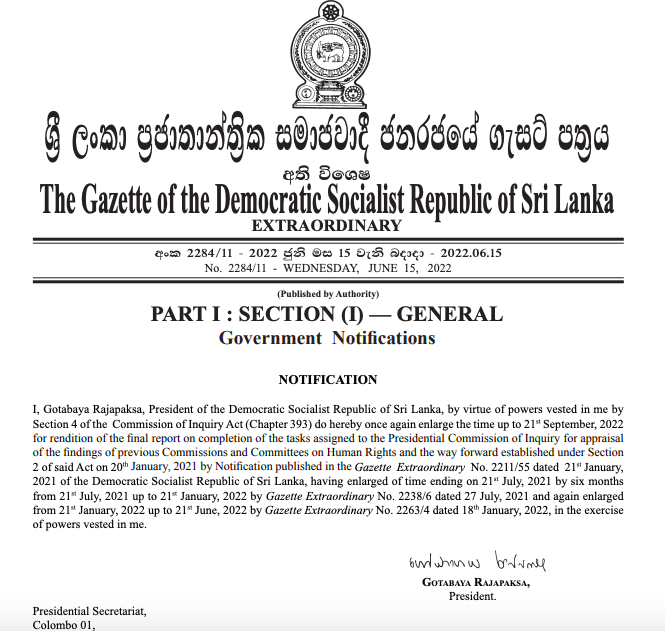 Pat Cummins confident of being fit for Sri Lanka Tests

Pat Cummins confident of being fit for Sri Lanka Tests

A cabinet paper will be presented to the Cabinet today seeking permission to grant an opportunity to foreign companies to...