0
SHARES
17
VIEWS
Share on FacebookShare on TwitterShare on Whatsapp

Minister of Finance Basil Rajapaksa has informed heads of Local Government Authorities to switch off street lights until the 31st of March as a means of saving electricity.

The Minister also instructed to take all possible measures to save energy.

Minister Rajapaksa said the directives were issued owing to the increasing fuel prices and the lack of rains experienced in the country, that have posed a serious challenge in generating power.

The statement by the Finance Minister said owing to the lack of rainfall in the country, hydro power plants, that contribute 30 percent to the national power grid, have been removed from the grid. 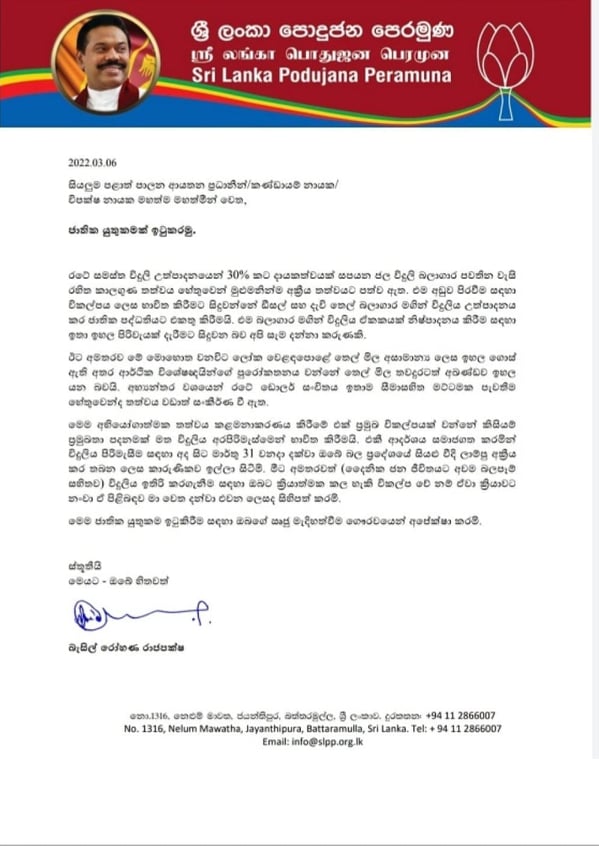 Today’s attack is a threat to democracy-SJB

Today's attack is a threat to democracy-SJB