Revoke declaration of State of Emergency-BASL

The Bar Association of Sri Lanka has written to President Gotabaya Rajapaksa requesting the proclamation declaring a State of Emergency to be revoked.

Issuing a statement President of the Association President’s Counsel Saliya Peiris said the declaration of a State of Emergency is concerning.

The Association claimed the State of Emergency, must not be used to stifle peaceful protests and dissent or to make arbitrary arrests and detentions.

The Bar Association requested the president to ensure that the fundamental rights of the people such as the freedom of expression including the freedom of speech and publication and the freedom of peaceful assembly are not violated by the State.

The Association said its stance is to be committed to protecting the rights of the people of Sri Lanka and will take all necessary steps for that end including the providing of assistance to those whose rights may be infringed during this time.

The statement also said whilst authorities have a right to deal with an unlawful assembly and to bring perpetrators of violence to book, a distinction must be made between those engaged in peaceful protests exercising their constitutional rights and those who engage in violence.

The Bar Association said a State of Emergency is not the answer to the present situation in the country, including the state of public protests that have occurred.

The statement said protests reflect the desperate situation of the people who are seeking to secure for themselves and their families basic essentials in life.

The BASL added that over the past months the country has been heading towards an economic crisis and early warnings given by professionals and experts have gone unheeded.

The Association charged the government of having failed to understand the gravity of the situation and the grave impact the crisis has on the life of the people until recently.

The statement said the power cuts extending for over half the day, shortages of fuel, gas and medicines, the foreign exchange crisis and the escalating prices of essential items have all resulted in the public being driven to desperation.

The Bar Association added there has been a failure to understand the aspirations of the people, and to empathize with the sufferings of the people.

It said the government must make people aware of its policies and plans for the recovery of the economy in order to alleviate their sufferings.

However it added violent acts which occur during a protest and destruction of property cannot be condoned and must be condemned.

It said, those engaged in protests must take utmost care to ensure that such protests remain peaceful and must be wary of persons who might seek to cause violence and destruction. 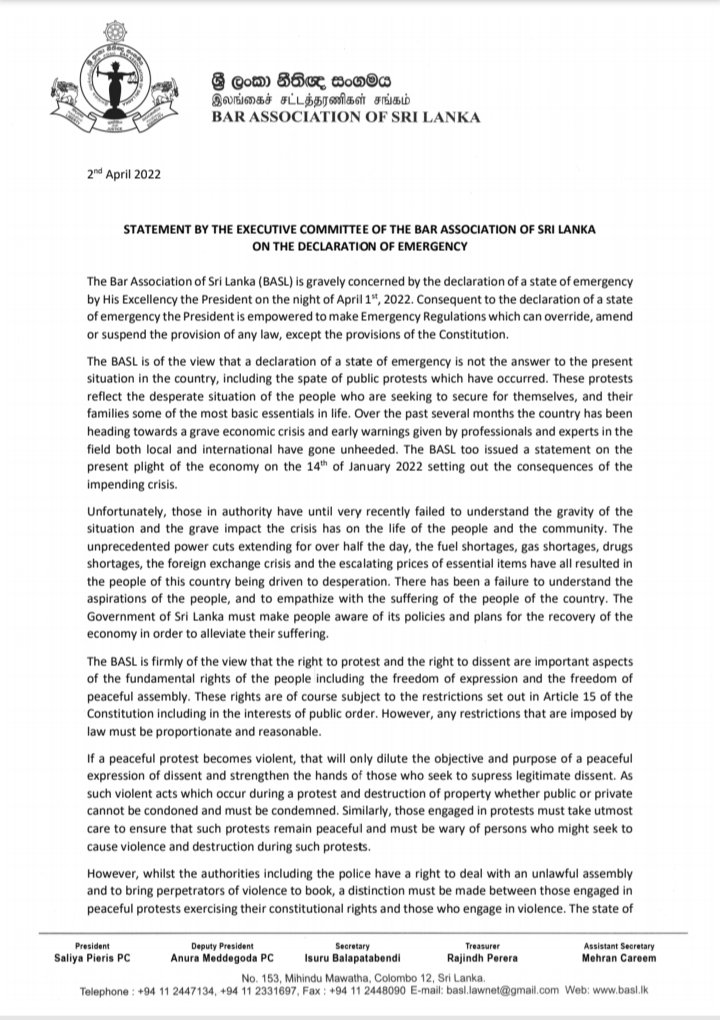 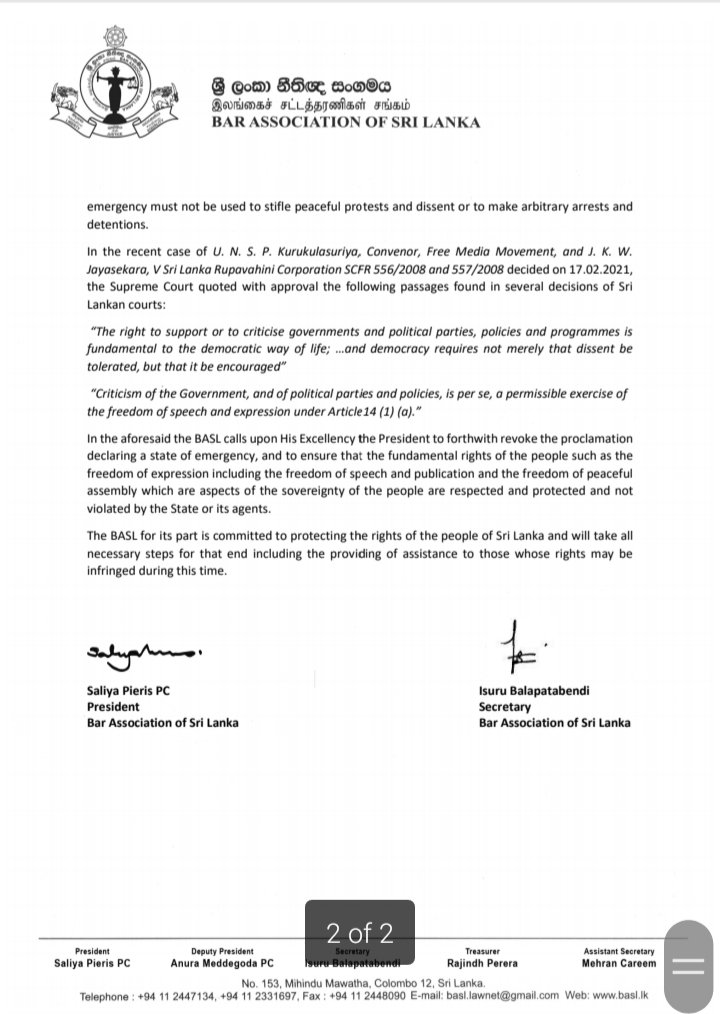