0
SHARES
30
VIEWS
Share on FacebookShare on TwitterShare on Whatsapp

The Public Utilities Commission of Sri Lanka has approved a request by the Ceylon Electricity Board to enforce power cuts tomorrow(7) as well.

Accordingly, a two hour power cut will be enforced between 9am and 5pm and a one hour power cut between 5pm and 9pm for groups P, Q, R, S, T, U, V, and W.

Meanwhile, groups E and F will face a five hour power cut between 8am and 6pm and a two hour and 30 minute power cuts once again between 6pm and 11pm.

The Public Utilities Commission of Sri Lanka on Saturday stated that, in the event sufficient stocks of fuel is received, power cuts will not be enforced or the duration of power disruptions could be reduced.

PUCSL Chairman Janaka Ratnayake said the decision on power disruptions will be based on the fuel stocks that are received. 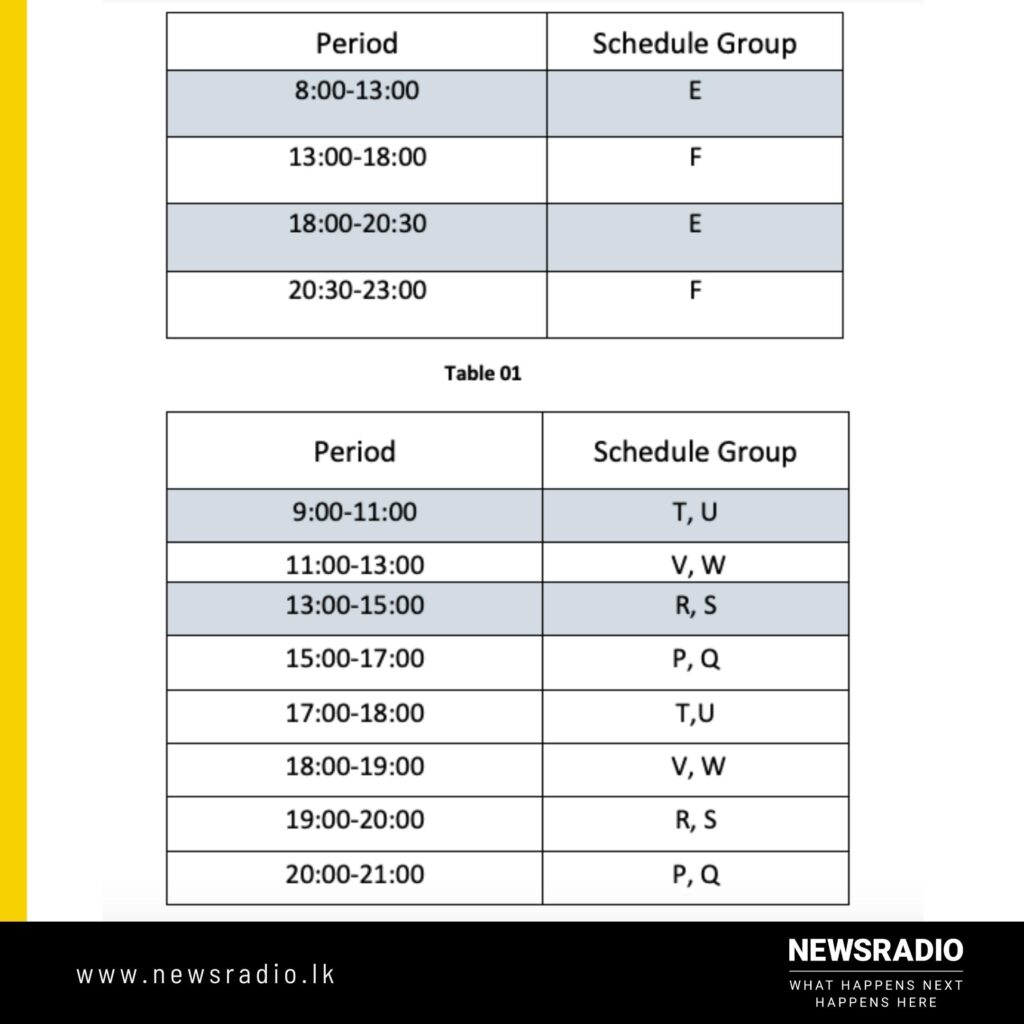 PM welcomes suggestions and support for 21A

Officials of the Central Bank of Sri Lanka have been summoned before the Committee on Public Finance today (24) at...

PM welcomes suggestions and support for 21A