0
SHARES
39
VIEWS
Share on FacebookShare on TwitterShare on Whatsapp

Police curfew has been imposed in seven Police Divisions.

Curfew will remain in place until further notice.

The Police Headquarters issuing a statement said individuals in these Police Divisions must remain indoors until curfew is lifted.

The statement issued by the Inspector General of Police said the violation of curfew will be considered an act of disrupting public law and order, adding that curfew regulations will be strictly enforced.

The IGP also stated that travelling through the seven Police Divisions is prohibited, and requested the public to resort to alternative routes. 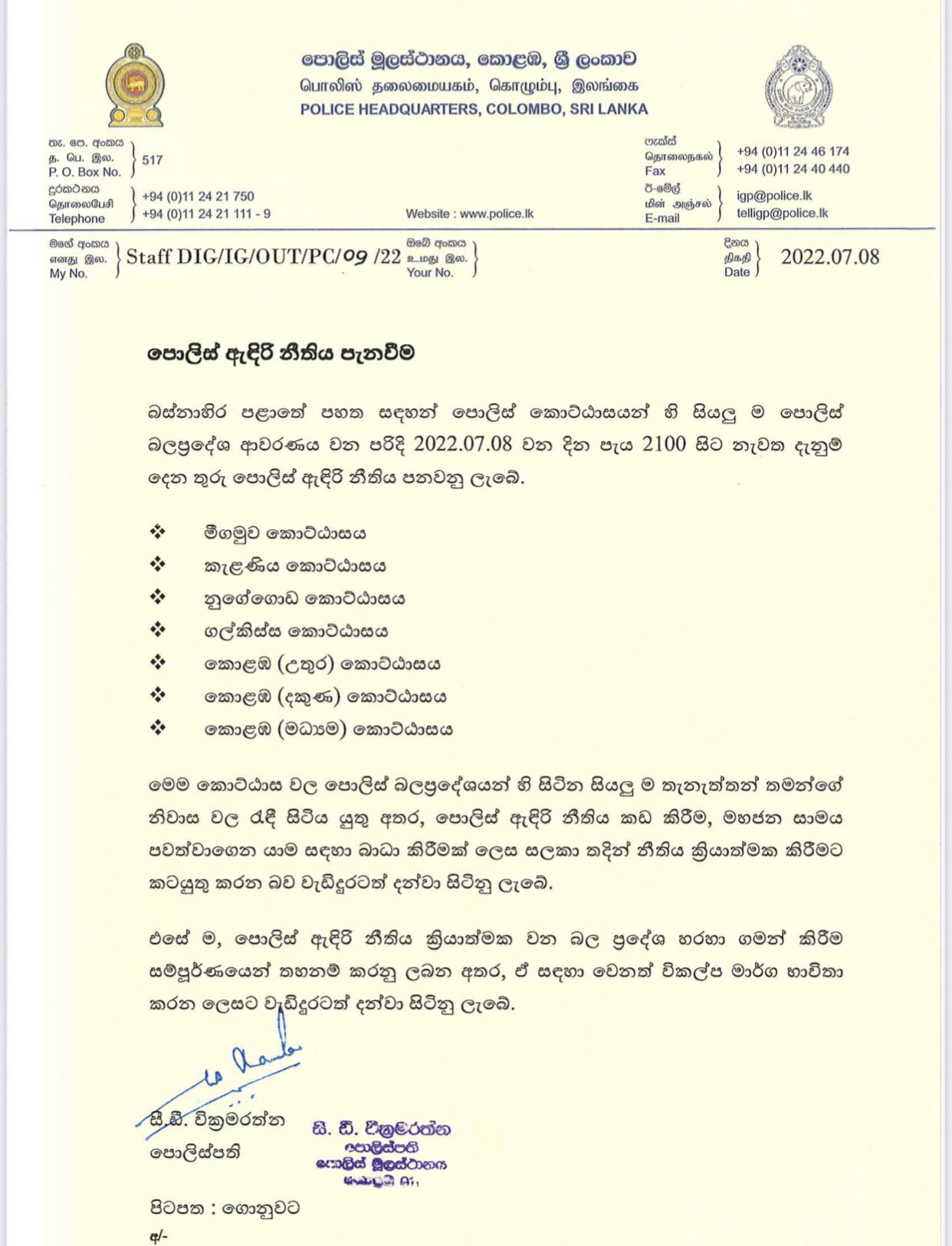