Newly appointed Minister of Finance Ali Sabry has resigned from his post.

0
SHARES
49
VIEWS
Share on FacebookShare on TwitterShare on Whatsapp

Newly appointed Minister of Finance Ali Sabry has resigned from his post.

He was appointed to the post only yesterday by President Gotabaya Rajapaksa.

However, within 24 hours, Minister Sabry has stepped down citing on-going developments in the country.

The former Minister has directed his letter of resignation to President Gotabaya Rajapaksa.

In his letter, MP Sabry had stated that he had no intention to take up any other portfolios when he tendered his resignation as the Minister of Justice on the 3rd of April.

The MP claimed he was urged by the business community, professionals and a few former Ministers to take the Finance portfolio.

He said however after much deliberation and considering the prevailing situation in the country, he decided to resign as the Minister of Finance.

MP Sabry has also urged the Head of State to make suitable interim arrangements to navigate the prevailing situation. 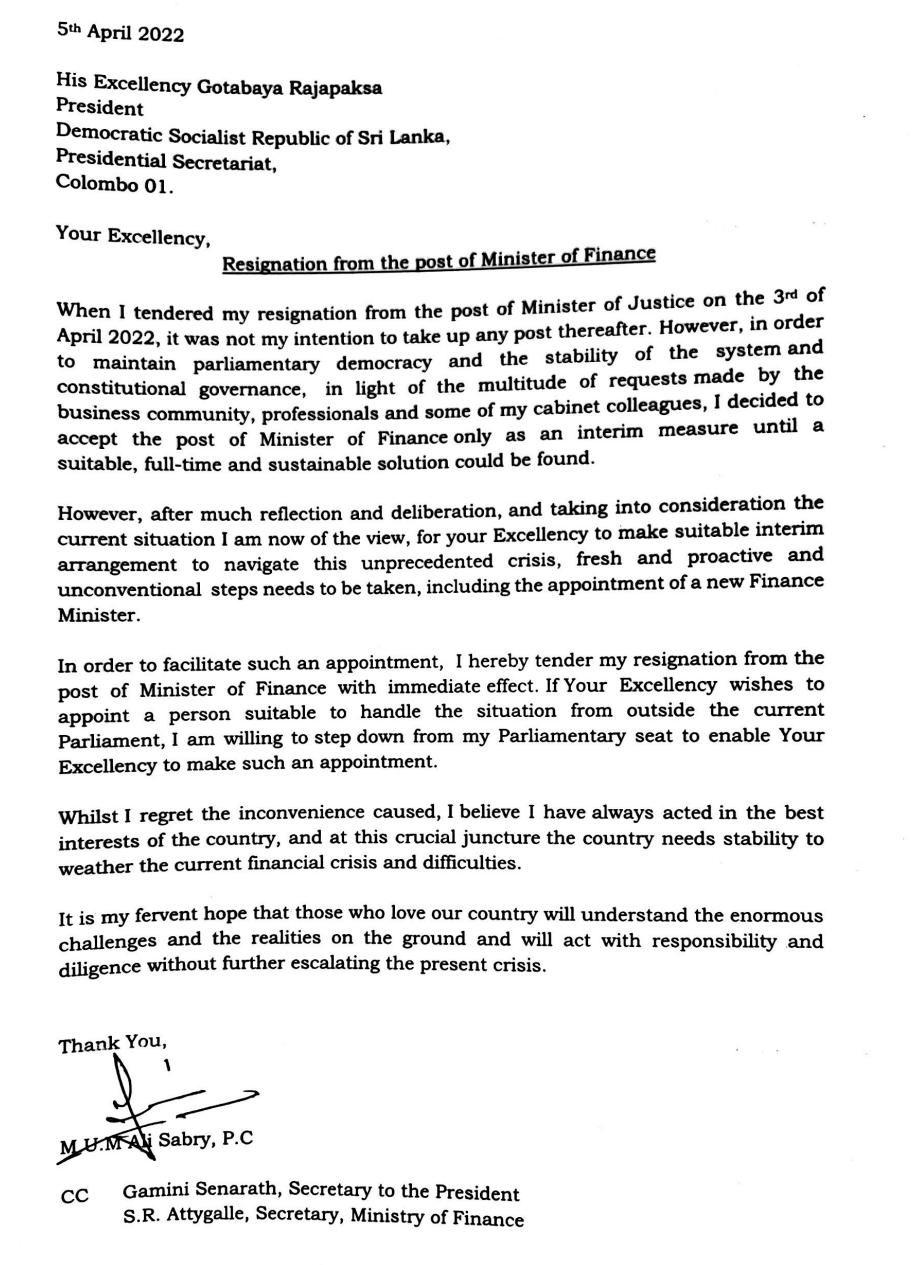 US Dollar hits the Rs.300 mark for the first time

67 arrested for attempting to migrate via sea

21-year-old Kamil Mishara has been recalled from Bangladesh by Sri Lanka Cricket for his alleged breach of rules governing the...

67 arrested for attempting to migrate via sea