0
SHARES
25
VIEWS
Share on FacebookShare on TwitterShare on Whatsapp

A hartal campaign is being worked off today together with the entire state service and private sector against the present government. More than 1,000 trade unions will join the hartal while several unions have informed that they will not be joining the strike. Transport, power, health, energy, port, and several other sectors could likely be affected. The hartal, a mass protest, will see workplaces, offices, shops, and other institutions voluntarily close. The Lanka Private Bus Owners Association has withdrawn from services as of midnight. Chairman of the Association Gemunu Wijeratne said they decided to withdraw from services owing to the shortage of diesel and in solidarity to the hartal campaign. Wijeratne said bus operators have been informed that fuel will not be available till the 12th of May. He added buses cannot operate for a week without fuel claiming not only in the days ahead, bus operations will be hampered in future as well owing to the present crisis. The Deputy General Manager of the Sri Lanka Transport Board Panduka Swarnahansa said SLTB buses will operate as usual. However, the Railway Station Masters Association will join today’s hartal campaign together with the state and private sector. Chief Secretary of the Association Kasun Chamara said Railway Controllers will also join today’s hartal. Chamara said the hartal is worked off demanding political and economic stability. He said all railway trade unions are in favour of the hartal campaign. He said trains operations will be affected owing to today’s union action. Chamara also apologised for any inconvenience that will be caused to commuters.

Co-Convenor of the Railway Trade Union Alliance SP Vithanage said the union too pledged support to the hartal as of midnight. Vithanage said several railway trade unions have joined the strike action, adding it has been a success thus far. He too claimed that train operations will be hampered today and requested commuters to refrain from arriving at train stations expecting trains to function.

Meanwhile, a tense situation was reported at the Colombo, Fort Railway Station last evening with the cancellation of night trains. Several commuters behaved in an unruly manner as a result. With the intervention of the Police, the commuters were transported in buses owned by the Sri Lanka Transport Board. 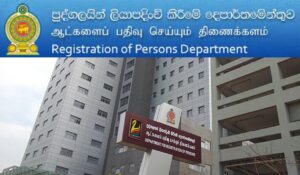 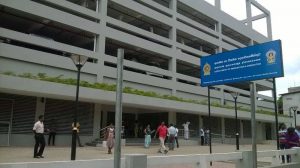 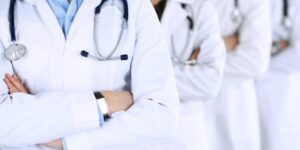 The Association of Medical Specialists have also joined the hartal camping across the island. The Association said the Executive Committee engaged in discussions, and decided to join the hartal, in a manner that the public is not inconvenienced. Accordingly, the Association decided to function as usual at government hospitals and to attend to all emergency treatment, and engage in the hartal during the lunch hour with other hospital health workers. The Association also decided to abstain from engaging in private channelling services while emergency medical services in the private sector will be carried out. Meanwhile, the All Ceylon Government Medical Officers’ Association says all members and health staff except those attached to the Apeksha Cancer Hospital, maternity and paediatric hospitals will engage the hartal today. They claim that a number of serious issues exist in the health service, including a shortage of medicine and medical equipment, as well as salary deductions, and charged that government intervention cannot be witnessed. The Association said the current government and the President must step down.

Meanwhile, the Government Medical Officers Association will also support the hartal campaign today. Secretary of the GMOA Dr. Senal Fernando said doctors will take to the streets opposite hospitals between noon and 2pm in an act of solidarity towards the hartal. Dr. Fernando said the hartal will be worked off at all hospitals across the island. He said doctors and health workers will wear black bands in support of the protests. Dr. Fernando added they are demanding the government to end the corrupt rule and heed public requests for a system change. He said the GMOA opposes the present government’s actions. Several trade unions attached to the Ceylon Electricity Board will join the hartal campaign today. Chairman of the CEB Joint Employees Association Malaka Silva said a majority of CEB trade unions will join the strike action. He said the view of the current government is very negative adding that several officials within the CEB are also responsible for present crisis in the power sector. Silva said they called on the government to take actions against such officials but to no avail. He noted the government is therefore responsible for the crisis in the power sector. The VIP terminals at all airports in the country and the Silk Road or CIP terminals will be closed today (6). The closure has been attributed to officers of the Department of Immigration and Emigration engaging in a strike action. Officials of the Department said they will engage in the trade union action until the current government formulates a national programme to solve the present crisis and definite solutions are provided. 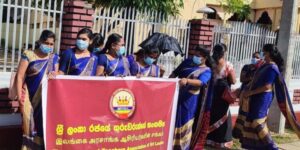 ‘Focus is on batting & scoring in a “free” and “brave” manner’