Jagath Samarawickrama sworn-in as a MP

Jagath Samarawickrama has been sworn-in as a Member of Parliament for the seat left vacant following the demise of Polonnaruwa District Parliamentarian Amarakeerthi Athukorala.

Jagath Samarawickrama, who contested the 2020 General Election, garnered the highest number of votes after the late Amarakeerthi Athukorala from the Polonnaruwa District.

MP Athukorala was beaten to death on the 9th of May during unrest in Nittambuwa.

He was sworn in before the Speaker when today’s Parliament session commenced.

Accordingly, Jagath Samarawickrama was elected a Parliamentarian for the said electoral district under the Gazette issued by the Election Commission on the 17th.

Samarawickrama is a past pupil of Kaudawa National School, Moneragala and Siripura Central College.

He served as the Chairman of the Dimbulagala Pradeshiya Sabha from 2008 to 2015.

He is also currently the Chief Organizer of the Dimbulagala Welikanda Degodapattuwa Sri Lanka People’s Front.

He contested the election under the ticket of the SLPP at the 2020 General Election and was ranked fifth by the number of votes from the Polonnaruwa district. 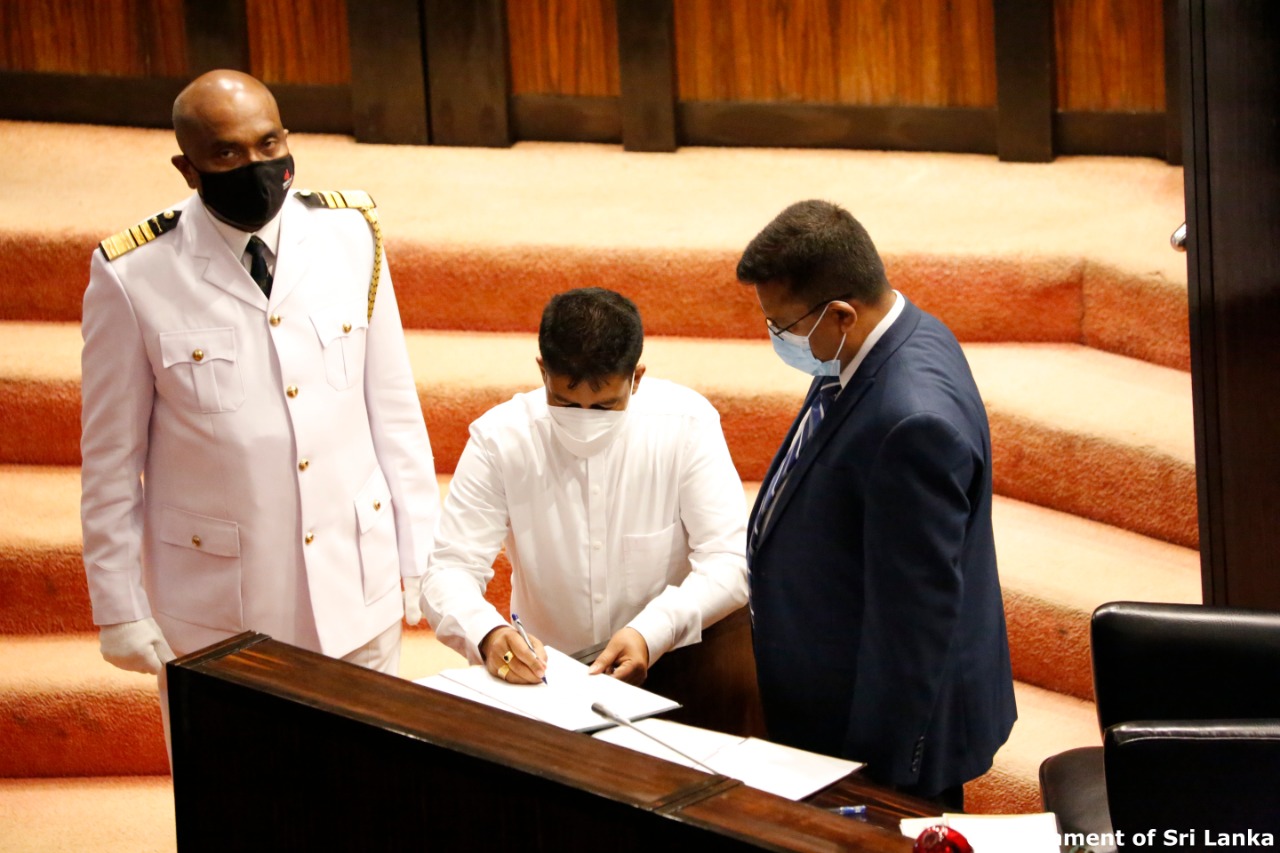 MPs have not been given subsidised fuel rates-Kanchana