0
SHARES
28
VIEWS
Share on FacebookShare on TwitterShare on Whatsapp

The Human Rights Commission of Sri Lanka has condemned the attack carried out by the Tri-Forces and the Police on protesters at Galle Face early this morning.

Issuing a statement, the HRCSL called the attack a total violation of the fundamental rights of the people by the actions of the Executive.

The organisation called on the government to identify the perpetrators, to take necessary action and to ensure such actions by the Military or any such actions within the control of the government which violates fundamental rights of the public will not occur again.

The Human Rights Commission too will conduct an independent investigation in order to ensure the rule of law is maintained. 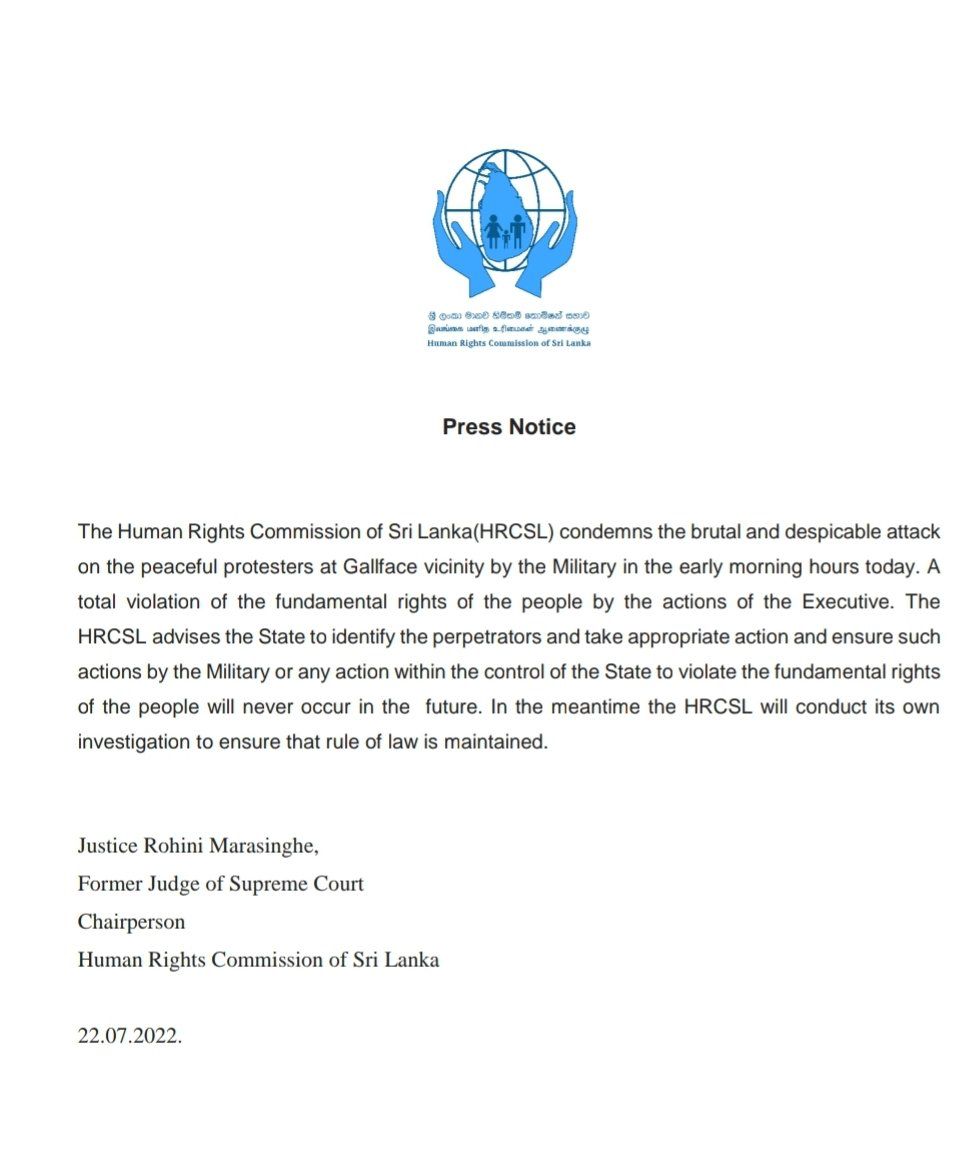 Asia Cup 22 shifted from Sri Lanka to the UAE

Asia Cup 22 shifted from Sri Lanka to the UAE

The Met Department predicts showers in the Western and Sabaragamuwa provinces and in the Galle, Matara, Kandy and Nuwara-Eliya districts...