0
SHARES
66
VIEWS
Share on FacebookShare on TwitterShare on Whatsapp

An Extraordinary Gazette Notification has been issued declaring Ranil Wickremesinghe as the eighth Executive President of Sri Lanka.

The Gazette was issued by the Secretary General of Parliament Dhammika Dasanayake this evening.

Leader of the United National Party Ranil Wickremesinghe was elected by Parliament as the eighth Executive President of Sri Lanka during a Parliamentary vote held today.

The vote was held in accordance with the provisions of the Presidential Elections (Special Provisions) Act No.2 of 1981.

223 Members of Parliament voted during this morning’s Parliamentary election to pick the eighth executive President.

The swearing in ceremony will be held at the Parliament complex. 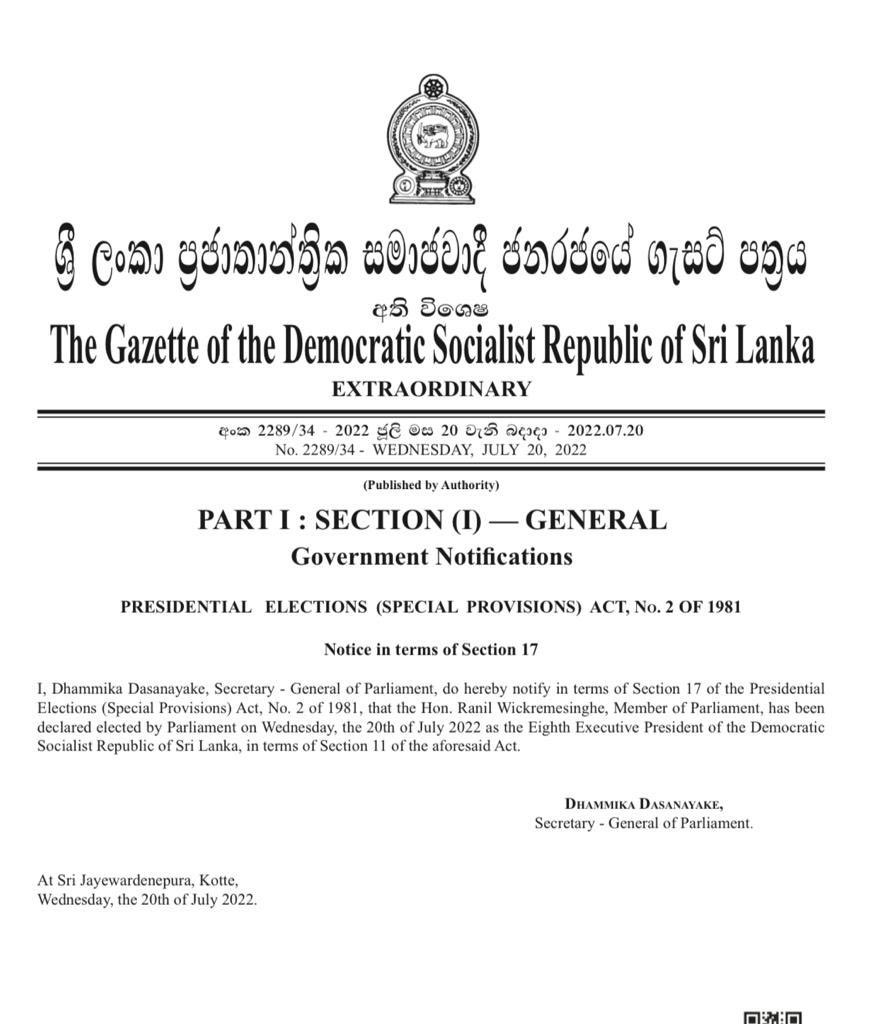