Farmers' organizations of the Elahera area claim that organic liquid fertiliser cans provided by the Department of Agriculture, are exploding.

0
SHARES
5
VIEWS
Share on FacebookShare on TwitterShare on Whatsapp

Farmers’ organizations of the Elahera area claim that organic liquid fertiliser cans provided by the Department of Agriculture, are exploding.

Farmers claim the liquid fertiliser cans which were in a storage unit had exploded recently.

Speaking to media, the farmers said this incident poses a risk to the lives of the farming community.

The farmers said that the fertiliser was exploding and emanating faeces like outdoor when used in cultivation.

A representative of the community said the organic fertiliser was a ploy by the government to ruin the lives of farmers.

The Director General of Agriculture has informed District Coordinators to conduct an assessment and immediately inform the Ministry of complaints received over organic liquid fertiliser bottles which were distributed to farmers, exploding due to high pressure in the containers.

He said the District Coordinator appointed to each district will conduct the research promptly. 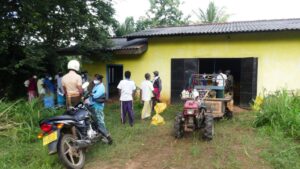 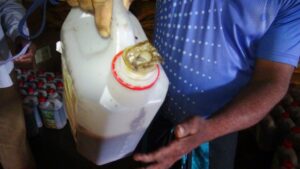 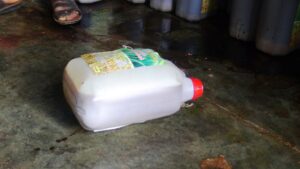 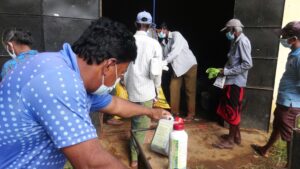 Sialkot lynching is not permissible-Muslim scholars

Rizwan and Beaumont ICC’s T20I cricketers of the year

Sialkot lynching is not permissible-Muslim scholars

The number of COVID-19 cases confirmed in the country has risen to 601,886 following the detection of 838 patients today.

Rizwan and Beaumont ICC’s T20I cricketers of the year