The Catholic Bishops' Conference calls on the government to carry out an investigation into the brutal attack on protesters.

0
SHARES
13
VIEWS
Share on FacebookShare on TwitterShare on Whatsapp

The Catholic Bishops’ Conference in Sri Lanka has called on the government to carry out an impartial and transparent investigation into the brutal attack on protesters at Galle Face last morning, and bring to book all those who are responsible.

Issuing a statement today, the Catholic Bishops’ Conference said the violent assault on foreign and local media personnel will only bring discredit and lack of confidence in the establishment of the country’s democracy.

It added that resorting to such inhumane action of controlling public protests and suppression of human rights will further exacerbate mass unrest and damage the image of the country in the face of the international community. 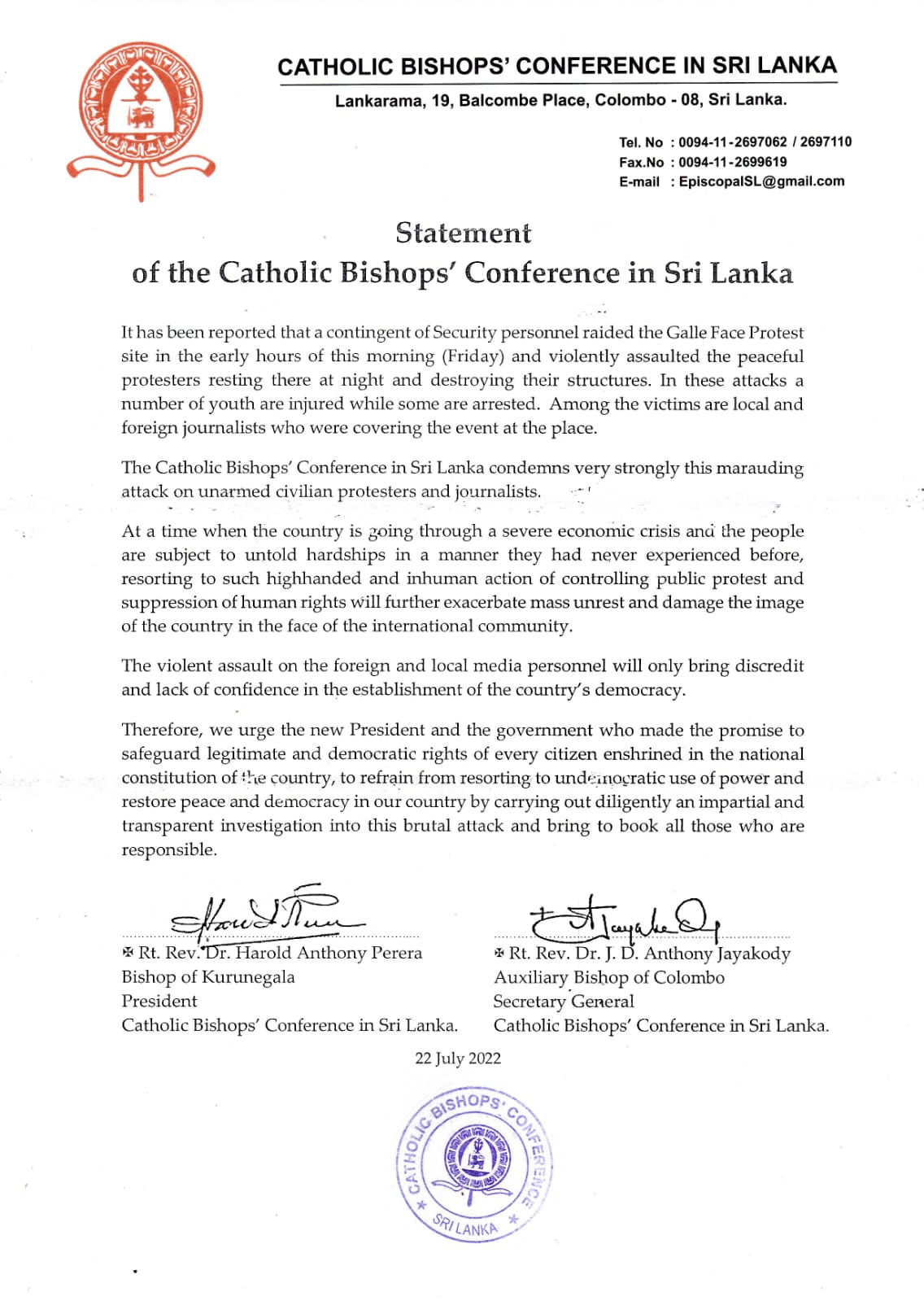 SJB call for Parliament to reconvene on Monday

Action to be taken against employees opposing new railway fare

Action to be taken against employees opposing new railway fare