0
SHARES
33
VIEWS
Share on FacebookShare on TwitterShare on Whatsapp

The Bar Association of Sri Lanka has responded to the proposed draft of the 21st Amendment to the Constitution.

Issuing a statement, the BASL said it is concerned whilst the 21st Amendment will restore the provisions of the previous 19th Amendment with regards to the Constitutional Council and Independent Commissions, there are several vital provisions in the 19th Amendment which have not been incorporated into the draft Amendment.

The statement said the provisions of the 19th Amendment prevented the Head of State from assigning to himself any subjects or functions adding however the draft Amendment does not incorporate such provisions.

The statement added that the Bar Association is of the view that the 21st Amendment must include a provision amending Article 44(2) of the Constitution removing the Head of State’s power to retain Ministries and assigning any subjects or functions.

It called for such provisions to be implemented as soon as the draft Amendment is passed.

The Bar Association also said the President’s powers to prorogue and dissolve Parliament are left intact, whereas the Head of State could only dissolve the Parliament after four and a half years following a Parliamentary election through the 19th Amendment.

The BASL called for the provisions relating to the dissolution of Parliament must be restored. 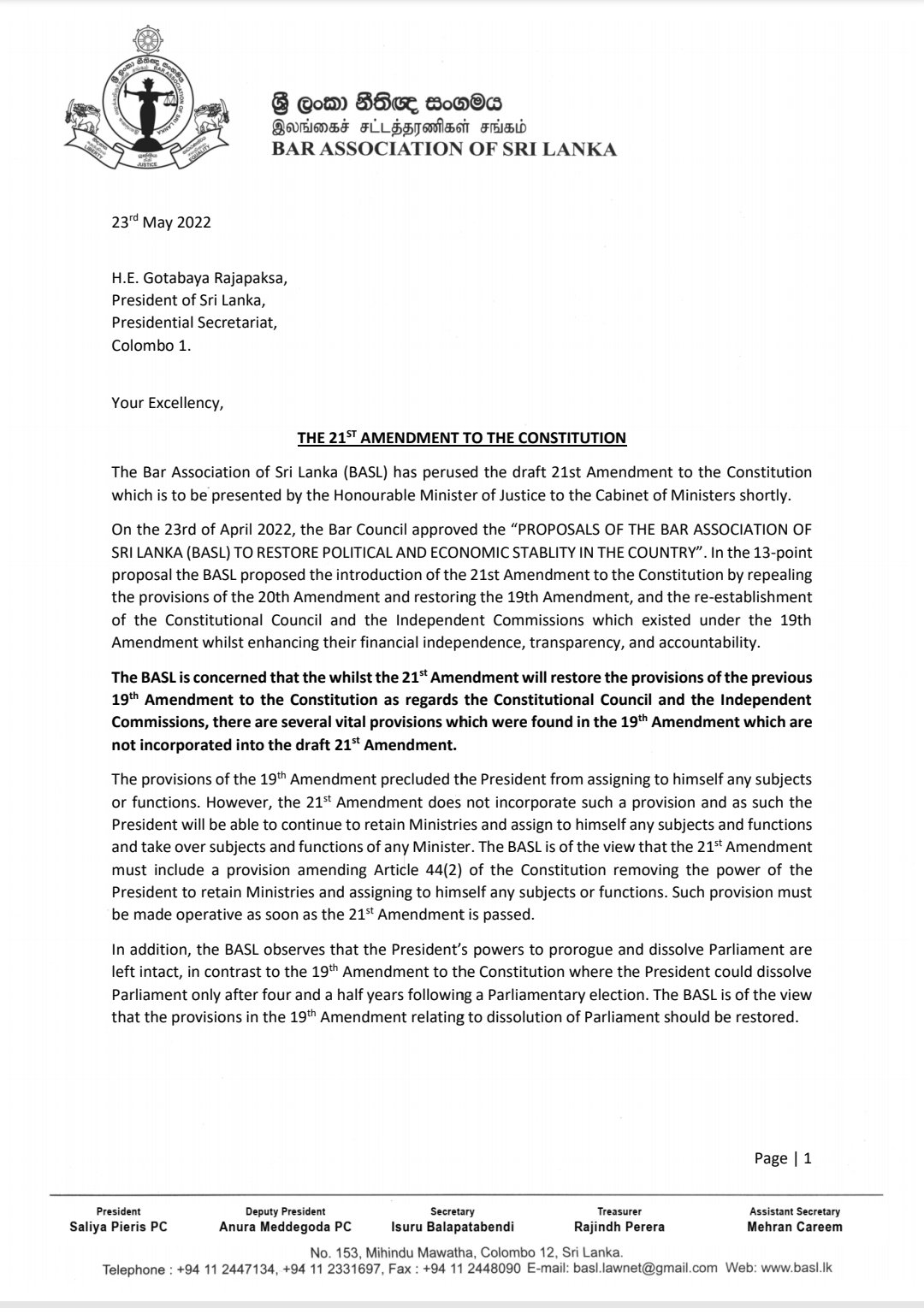 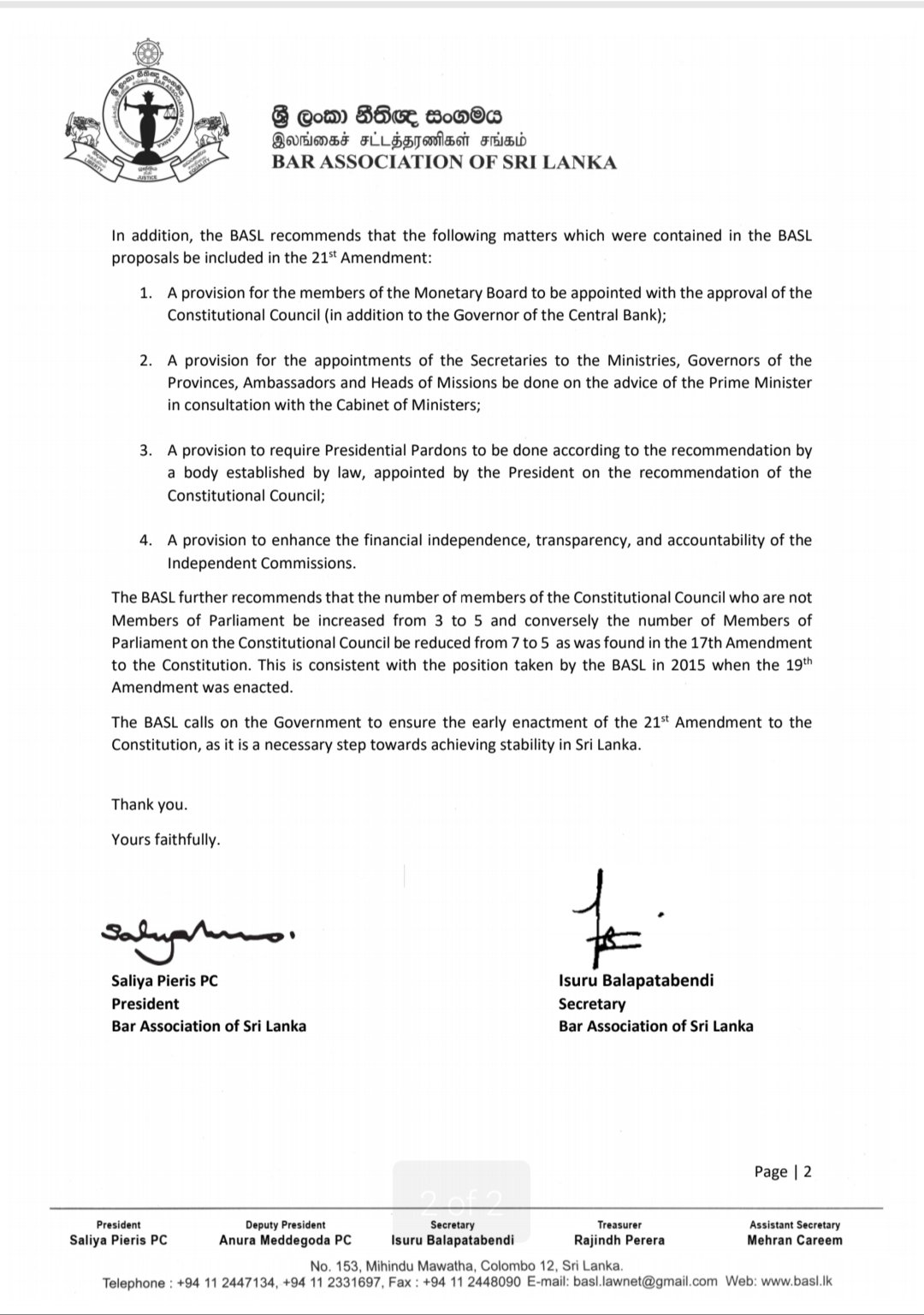 Tour guides in Kandy affected by the fuel crisis

Only an independent people’s struggle can rebuild SL-Sajith

‘US will not oppose Sri Lanka obtaining fuel from Russia’

Minister of Ports, Nimal Siripala de Silva says the East Container Terminal of the Colombo Port will not be handed...

Tour guides in Kandy affected by the fuel crisis

Only an independent people’s struggle can rebuild SL-Sajith

‘US will not oppose Sri Lanka obtaining fuel from Russia’