0
SHARES
26
VIEWS
Share on FacebookShare on TwitterShare on Whatsapp

Artists from various fields, including songwriters, filmmakers, actors, singers, musicians, and announcers, are currently engaged in a protest march demanding the government and the President step down.

The protest march commenced from Independence Square at 3pm and has now reached Galle passing the group of protesters who are outside the Temple Trees, who have also launched an indefinite protest.

The group will move towards to join the mass protest.

Today marks the 22nd day of the indefinite peaceful protests organised by the youth at Galle Face, calling for the government to step down.

It is notable that the protest has continued with the participation of massive crowds despite day or night, since the 9th of April.

Protests were also organised elsewhere around the country today calling for the President and the government to resign while introducing a change to Sri Lanka’s political structure.

Protests got underway in Maharagama, Piliyandala, Ratnapura, and Kurunegala. 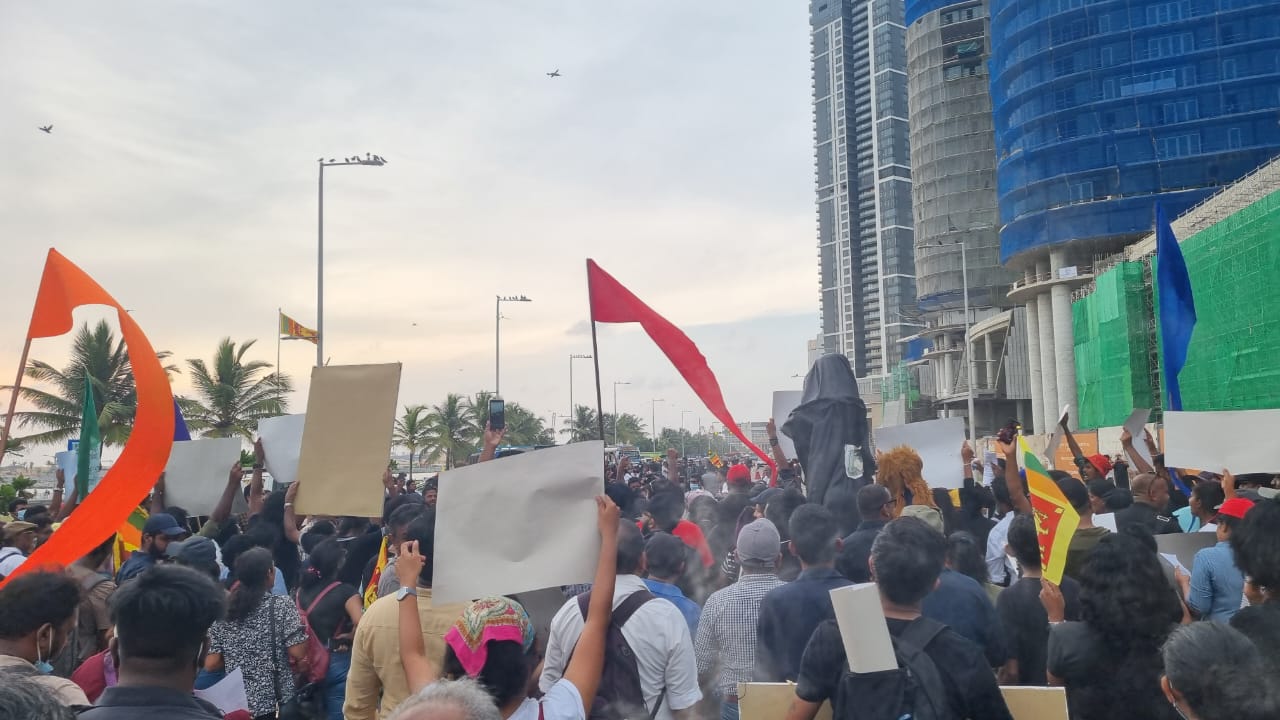 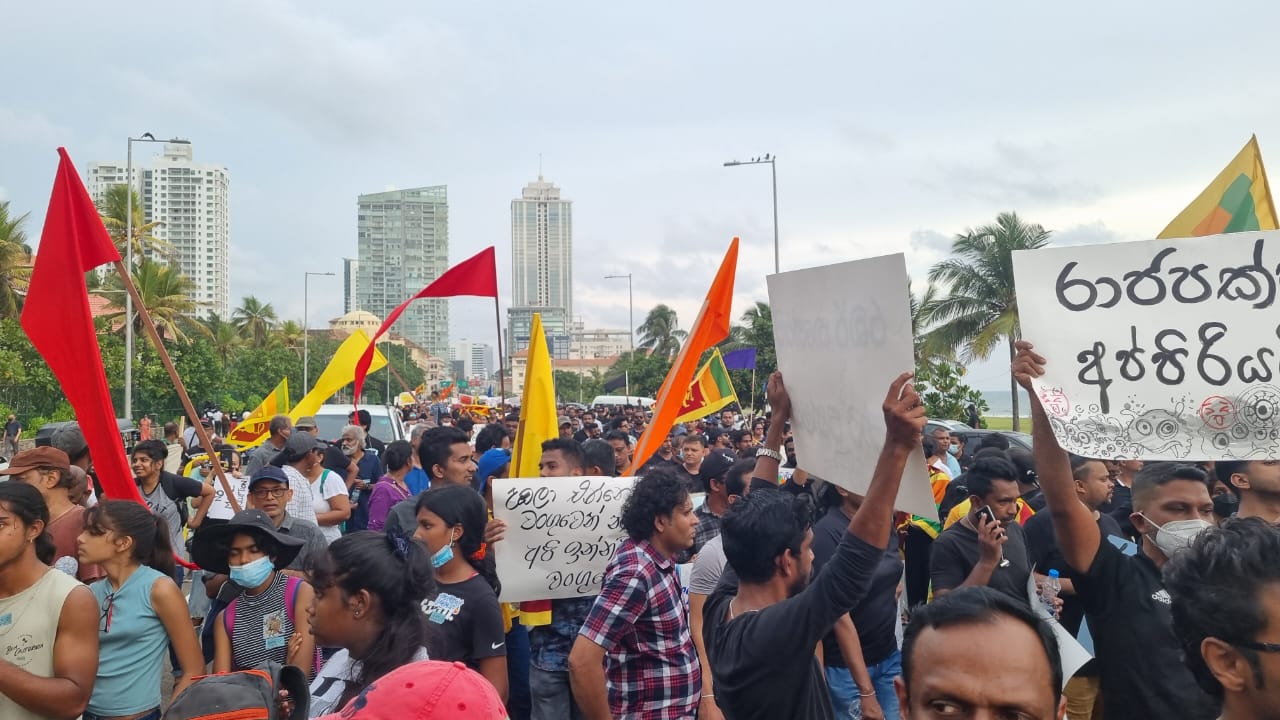 SJB will not join interim govt. until President resigns-Harin