0
SHARES
2
VIEWS
Share on FacebookShare on TwitterShare on Whatsapp

The ICC Women’s T20I Team of the Year recognises the 11 outstanding players who have impressed one and all – be it with the bat, the ball or their all-round exploits during 2022.

Sri Lanka’s Inoka Ranaweera has also been named in the 11 member team. 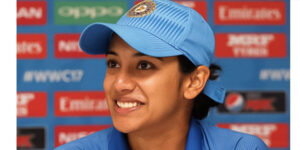 India’s batting superstar Smriti Mandhana had a terrific year with the bat, making 594 runs at an average of 33.00 and a strike-rate of 133.48. She hit five half-centuries in 21 innings during the year, including one in the final of the Women’s Asia Cup in October against Sri Lanka.

The unbeaten 51 off just 25 balls came in a run-chase of 66, Mandhana making more than 70 percent of the team runs. She also made two half-centuries in the Commonwealth Games in Birmingham, helping India to wins in both these games against Pakistan and England respectively. She finished as the fourth-highest run-scorer in the year in women’s T20Is. 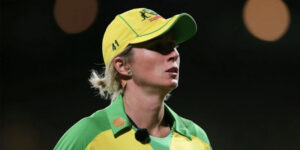 Although Mooney only played 14 T20Is in 2022, she was at her best, averaging 56.12 for the year while striking at a rate of 134.43. The top-scorer, with 61 off 41 balls, for the Aussies in the Commonwealth Games final against India in Birmingham as her team won the Gold, Mooney carried her form into the India series, making two half-centuries at the start of the bilaterals in sub-continental conditions.

The fact that was she only just about fit to take the field at the start of the India series further makes her numbers incredible. 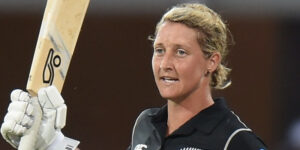 With 389 runs and 13 wickets during the year, Sophie Devine once again stood above the rest. The New Zealand batter hit half-centuries against Australia and England, two of the strongest teams, in back-to-back matches at the Commonwealth Games. She finished as the second-highest run-scorer behind Mooney in the tournament while also taking six wickets with the ball. Devine was yet again the pillar for New Zealand in the year, topping the run charts and finishing with the joint-second-most wickets. 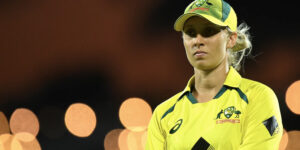 Gardner walks into this team on the back of a brilliant strike-rate of 152.11 in the year in the 216 runs she made. Averaging 72 while doing so makes it one of the all-time best performances in a year by a batter in the women’s game.

Replicating Alyssa Healy in 2019 and Rachael Haynes in 2018, Gardner became just the third player in women’s T20Is to score over 200 runs in a calendar year in the format while averaging 50-plus and striking at a rate of 150 or more. Gardner batted just seven times and made two half-centuries.

The best of the lot came at the Brabourne Stadium against India, when she lifted the team from 55/3 to 196 with an unbeaten 66 off just 32 balls. 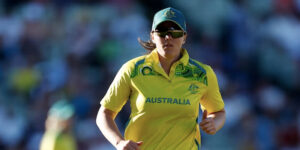 Averaging 60-plus with the bat while taking 13 wickets with the ball in the year in T20Is means that Tahlia McGrath was a no-brainer in the team of the year.

The Aussie all-rounder made 435 runs for the year in T20Is, striking at an incredible rate of 145.0 with four half-centuries in 11 knocks, one nearly every third innings.

Her best came at the start of the year against England when she made an unbeaten 91 off just 49 balls in the first T20I of the women’s Ashes after she had taken 3/26 with the ball earlier in the game, one of the all-time best all-round performances in women’s T20Is. 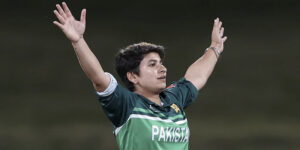 With 15 wickets at an average of 18.33 and an economy rate of 5.50 in T20Is in 2022, Pakistan’s veteran off-spinner Nida Dar enjoyed one of the best bowling years in her career. Dar went wicketless in only three of her 14 T20Is, playing a pivotal role every time she came onto bowl. The all-rounder’s best came against arch-rivals India in the Women’s Asia Cup when she made 56* off 37 balls with the bat before taking 2/23 with the ball to win the Player of the Match award as Pakistan notched up a rare win over India. 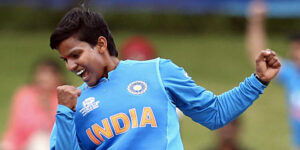 The off-spinner took 29 wickets in the year, the joint-third-highest by any bowler in women’s T20Is. Averaging 18.55 with the ball, Deepti also bowled at an economy rate of just over six, while also fulfilling batting duties pretty well.

She made 370 runs for the year with the bat in T20Is, averaging 37 while striking at a rate of 136.02, considerably higher than her career strike rate of 106.39 in the format. Her 13 wickets in the Women’s Asia Cup in Bangladesh made her the Player of the Tournament. She set the tone in the final against Sri Lanka, bowling a miserly spell of 4-0-7-0 after taking the new ball. 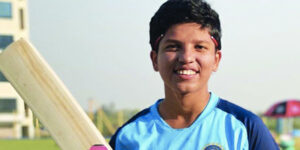 With a strike rate of over 150 in the year, young gun Richa Ghosh was a standout player for India in the format. In 18 matches, the wicketkeeper-batter accumulated 259 runs, smashing 13 sixes with the bat and showcasing incredible flair from lower down the order. Her best came at Brabourne against Australia when she smashed an unbeaten 40 in just 19 balls to lift India to a good total. 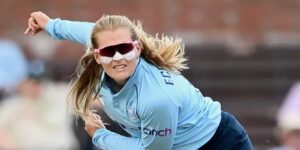 With 19 wickets in 17 T20Is, the No.1 ranked T20I spinner in the women’s game had another great year in the format. Ecclestone won the Player of the Match award twice in the year – once in the Derby game against South Africa, where she made 33* off just 12 balls with the bat and then took two wickets, and then against India in Bristol when her 3/25 cleaned up India’s lower middle-order. 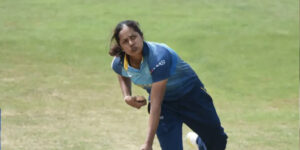 Sri Lanka’s left-arm orthodox spinner Inoka Ranaweera had a spectacular year with the ball, finishing with 27 wickets in 19 T20Is, while averaging 13.85 with the ball and conceding runs at an economy rate of 5.75.

She took three or more wickets in four of the 19 T20Is she played in the year with a best of 4/7 coming against Bangladesh in the Sylhet in the Women’s Asia Cup. Her effort led Sri Lanka to a three-run victory over Bangladesh in the game.

With 22 T20I wickets at an average of 23.95 and an economy rate of 6.50, Renuka was a standout bowler for her team. One of the nominees for the prestigious ICC Women’s Emerging Cricketer of the Year award, Renuka had a lot of buzz about her in the year.

Renuka was a thorn in the side of Australia’s line-up in the seven T20I meetings across the year, taking eight wickets, and her performances across the Commonwealth Games and Asia Cup show she is no shrinking violet in tournament action. She claimed 17 wickets in 11 matches, at an economy of just 5.21. Her best came against the Aussies, when she produced a stirring spell of 4/18 that included 16 dot balls.

SLFBE contributes a sum of Rs.3 billion to the Treasury