0
SHARES
32
VIEWS
Share on FacebookShare on TwitterShare on Whatsapp

New health guidelines have been issued by the Director General of Health Services that will be effective from tomorrow, the 16th of October to the 31st of October.

Accordingly, 25% will be allowed to attend meetings, conferences, and workshops with a maximum of 50 persons, while parties, functions and other gatherings indoors, outdoors and at residences will be prohibited.

Restaurants will be allowed a 30% capacity for dining in, with a maximum of 50 allowed.

However, alcohol is not permitted to be served.

Meanwhile, shops, pharmacies, supermarkets, and other stores will be allowed a 20% capacity at any given time while financial institutions including banks and pawning centers can accommodate only 5 persons at any given time.

Saloons and beauty parlors can function on prior appointments while pre-schools and vocational training institutions can operate with a 50% capacity.

Meanwhile, universities and higher educational institutions can function according to guidelines issued by the Ministry while online learning has been encouraged.

Furthermore, cinemas can open with effect from the 21st of October, with 25% occupancy permitted.

Gyms can operate with 30% capacity with ten persons allowed at a time while walking tracks will also be open to the public. Weddings will be permitted with a 25% capacity not exceeding 50 persons for indoor functions, while outdoor weddings will be allowed a maximum of 75 attendees.

The conduct of funerals must be completed within a period of 24 hours, while 20 persons will be allowed ta any given time.

Places of religious worship will continue to remain closed while exhibitions and conferences will be prohibited, the Health Guidelines issued by the Director General of Health will be reviewed once again on the 31st of October. 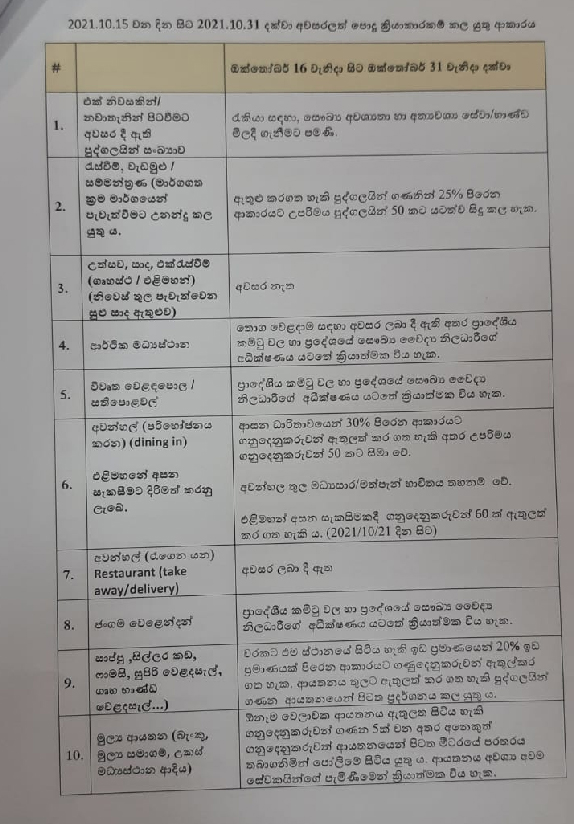 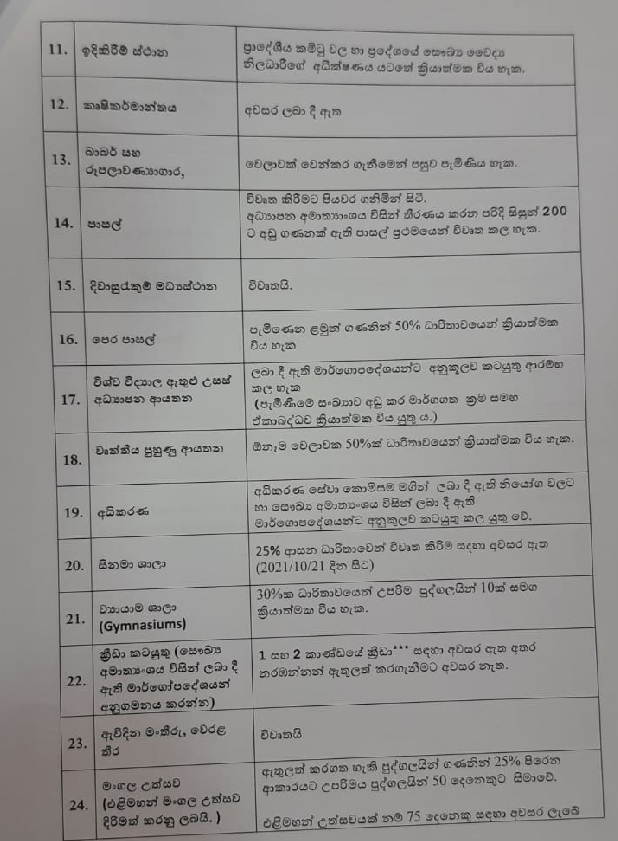 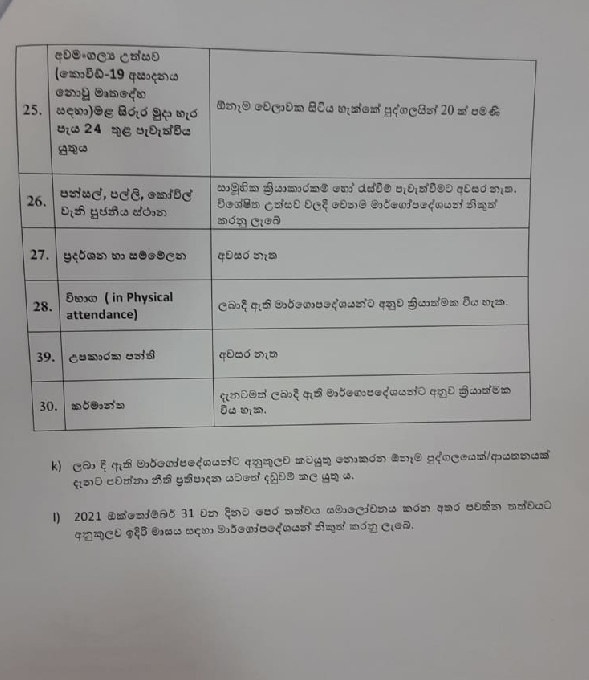 Petition against Yugadanavi deal to be heard on 16 December

The Samagi Jana Balawegaya says gas companies have taken steps to reduce the components of domestic gas cylinders by 50%...

Petition against Yugadanavi deal to be heard on 16 December