0
SHARES
31
VIEWS
Share on FacebookShare on TwitterShare on Whatsapp

The Bar Association of Sri Lanka says it views with grave concern attempts to disrupt a peaceful protest by the people.

President of the BASL Saliya Pieris PC issued a statement in relation to Police trucks being moved to the vicinity of Galle Face Green where an indefinite public protest is underway.

The BASL statement said the trucks have now been removed after the matter was highlighted on social media and brought to the notice of authorities.

The BASL President said any such attempts to disrupt peaceful protests will have grave repercussions for the country, democracy, economy, and rule of law.

The BASL called on the government to desist from taking any further steps to disrupt the legitimate exercise of the freedom of dissent of the people. 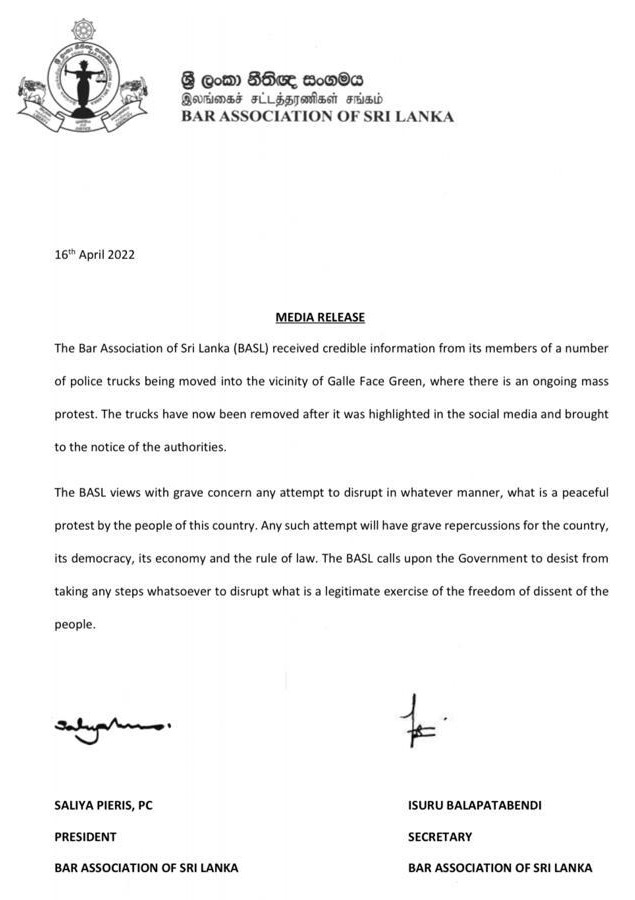 Fuel bowsers directed to report to relevant terminals and depots

AHM Fowzie sworn in as a Member of Parliament