42
SHARES
5.9k
VIEWS
Share on FacebookShare on TwitterShare on Whatsapp

The first flight is scheduled to land at the Katunayake International Airport at 9.50am.

It is scheduled to operate four flights per week initially with plans to operate additional flights from several cities depending on the demand.

Aeroflot resumed flights after it suspended operations in June.

Furthermore, the flag carrier of Switzerland, Swiss International Airlines is scheduled to operate weekly flights to Colombo from the 10th of November.

The increase in the number of flights operating to Colombo comes at a time when the government is hoping to attract more tourists from Europe during winter months. 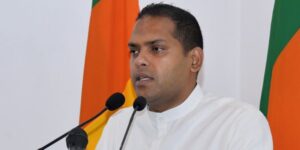 Tourism Minister Fernando who has been staging road shows and events in recent weeks to encourage more people to visit Sri Lanka is expected to leave for Europe.

The Minister is of the view that Sri Lanka can attract more tourists due to the stable situation in Sri Lanka at present.

He is also hoping to open doors to football fans who will be traveling to Qatar for next month’s World Cup.

Meanwhile, the Sri Lanka Tourism Development Authority has announced that more than 42,000 tourists arrived in Sri Lanka in October. 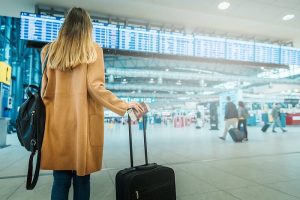 Accordingly, a total of 568,000 tourists have entered Sri Lanka thus far this year.

The SLTDA said, Sri Lanka which vastly depends on tourism as one of the main foreign exchange-generating avenues, hopes to attract at least one million tourists by the end of 2022.

The SLTDA said if the expected number of tourists arrives in the island, the government will generate revenue of USD 1.8 billion through the tourism sector.