Another coal shipment to arrive today

Another ship carrying coal required for this season is expected to arrive in Sri Lanka today.

17
SHARES
1.9k
VIEWS
Share on FacebookShare on TwitterShare on Whatsapp

COLOMBO (NewsRadio); Another ship carrying coal required for this season is expected to arrive in Sri Lanka today.

It was the first of 38 coal shipments required for this season.

Minister of Power and Energy Kanchana Wijesekera said the shipment was imported from the previously contracted company with five more shipments of coal expected to arrive shortly.

Accordingly, the stocks from the cargo will be directed to the Norochcholai Coal Power Plant for power generation.

The letter directed by the Ceylon Electricity Board to the Public Utilities Commission of Sri Lanka in August stated that the available coal stocks at present are sufficient only till the end of October 2022.

The coal tender that was awarded on the 25th of August was canceled by the Cabinet of Ministers on the request of the Ministry of Power and Energy.

Subject Minister Kanchana Wijesekera said the supplier who was selected had communicated the inability to perform the tender citing concerns on the impact on legal cases filed and the payment guarantee risks. 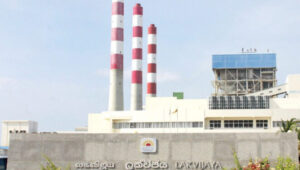 Minister of Power and Energy Kanchana Wijesekera then announced that the remaining cargo from last year’s coal tender was advanced to fulfill the immediate requirements of the Norochcholai Coal Power Plant.

The Minister said in order to fulfill the immediate requirements, the remaining 19 cargos from last year’s tender will be advanced.

T20 World Cup: Australia to take on Ireland in Brisbane