Another ‘bleak’ prediction by PUCSL Chairman on power cuts

The Chairman of the Public Utilities Commission of Sri Lanka, Janaka Ratnayake has claimed that by the end of October Sri Lanka will run out of coal.

26
SHARES
3.2k
VIEWS
Share on FacebookShare on TwitterShare on Whatsapp

COLOMBO (NewsRadio); The Chairman of the Public Utilities Commission of Sri Lanka, Janaka Ratnayake has claimed that by the end of October Sri Lanka will run out of coal.

Chairman Janaka Ratnayake has said the country will be compelled to shut down power plants, if coal can be sourced.

He said around 40 percent of the electricity demand is currently met through coal power plants.

The Public Utilities Commission of Sri Lanka yesterday said a decision was reached to approve a request by the CEB to increase the power cut duration to two hours and 20 minutes.

The CEB had cited reasons such as the unavailability of Old Laxapana Stage 1, the lack of fuel at Westcoast, and the sudden increase in demand behind the decision. 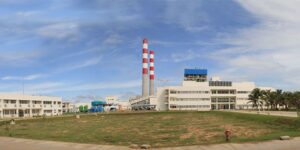 Although Chairman of the Public Utilities Commission of Sri Lanka, Janaka Ratnayake has made certain claims previously regarding power cuts and the energy sector, the country has largely avoided massive power cuts or shortages in recent weeks. 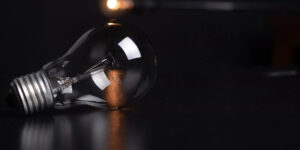 The Ministry of Power and Energy and the government are also currently working on addressing the power crisis.

Sri Lanka is struggling to source funds for imports while dealing with the forex crisis which has largely been attributed to mismanagement and short-sighted decisions of the previous Gotabaya Rajapaksa-led administration.

Following the appointment of Ranil Wickremesinghe as the President, the government has taken steps to hold discussions with the International Monetary Fund and friendly nations to solve the financial crisis.

Following the appointment of President Wickremesinghe, the duration of power cuts has been reduced while the queues at filling stations have also reduced considerably albeit due to a QR code system which limits the number of litres of fuel a vehicle owner can obtain in a week.

The Ministerial Consultative Committee on Justice will meet on the 4th of October at 2pm in Parliament to consider the...