0
SHARES
10
VIEWS
Share on FacebookShare on TwitterShare on Whatsapp

The Excise Department says 31,342 raids and arrests have been carried out between the 1st of January 2022 and 30th of November 2022 over various offences.

The Department issuing a statement said, 25,024 raids were carried out under the Excise Ordinance, 4,881 raids linked to Poisons, Opium and Dangerous Drugs Act and 1,437 related to the National Authority on Tobacco and Alcohol Act.

A majority of raids, 16,090, conducted under the Excise Act were linked to illegally manufactured alcohol, transportation and sale.

2,614 raids were results of heroin possession, sale and transportation while under the Tobacco and Alcohol Act 638 raids were carried out due to the illegal possession of cigarettes.

The Department noted that the value of the court produce was Rs.350 million. 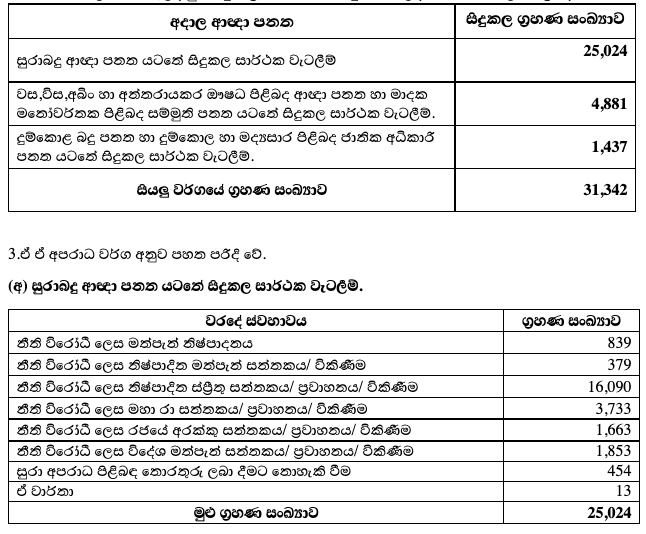 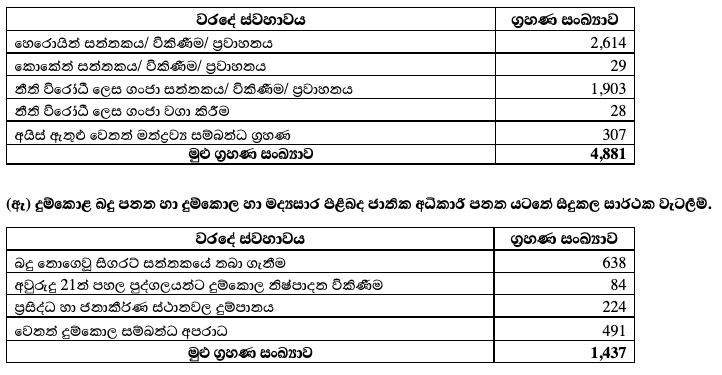 Showers & gusty winds expected throughout the day due to depression